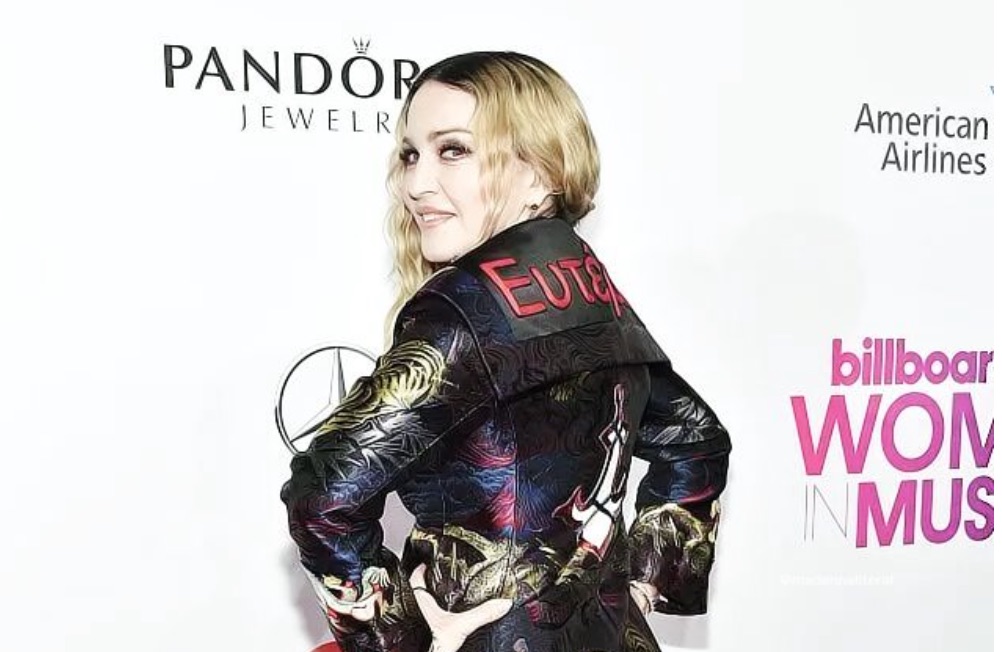 When Madonna paraded out onto the red carpet of this year’s Billboard’s Women in Music event, she turned around to show off her Gucci outfit to paparazzi and photographers, many of whom were surprised to see the Greek name “Ευτἐρπη” (Efterpi) written on the back of her jacket.

Thanks to a record breaking year – Madonna continued her reign as the highest-grossing female touring artist of all time in 2016 – the Queen of Pop was at the event being honored as Woman of the Year.

Considering Madonna’s legacy and career, it makes sense that she would choose to have Efterpi, who was one of the original Greek muses – the muse of music – embroidered on her jacket.

She not only wore the muse’s name, but had it embroidered on her jacket in the original Greek.

Like everything else about Madonna that evening, the jacket was intended as a statement; a tribute to female creativity throughout the ages.

Later on in her speech, Madonna got very raw and emotional with the audience, recounting the hard beginnings of her career in New York, where she suffered through assault, crime, and rampant sexism in the music industry, highlighting the different way she was treated by the media as a woman owning her sexuality compared to male musicians who asserted their sexuality.

She closed with the following inspiring line to creative, ambitious women everywhere: “As women, we have to start appreciating our own worth and each other’s worth. Seek out strong women to befriend, to align yourself with, to learn from, to collaborate with, to be inspired by, to support, and enlightened by”.