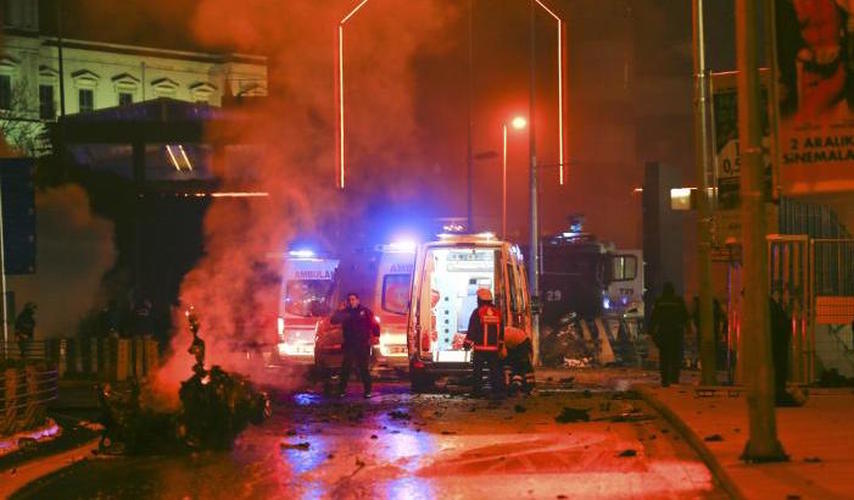 Turkey has declared a day of mourning on Sunday after twin explosions killed at least 38 people and injured another 166 on Saturday, reports said.

Interior Minister Suleyman Soylu has said that 17 of the injured are in surgery, while six are in intensive care, Sigma’s correspondent reported.

He added that ten suspects were arrested based on evidence from the vehicle.

President Tayyip Erdogan cancelled a planned trip to Kazakhstan, his office said. Erdogan described the blasts as a terrorist attack on police and civilians. He said the aim of the bombings, two hours after the end of a match attended by thousands of people, had been to cause the maximum number of casualties, Reuters reported.

“Nobody should doubt that with God’s will, we as a country and a nation will overcome terror, terrorist organisations …and the forces behind them,” he said in a statement.