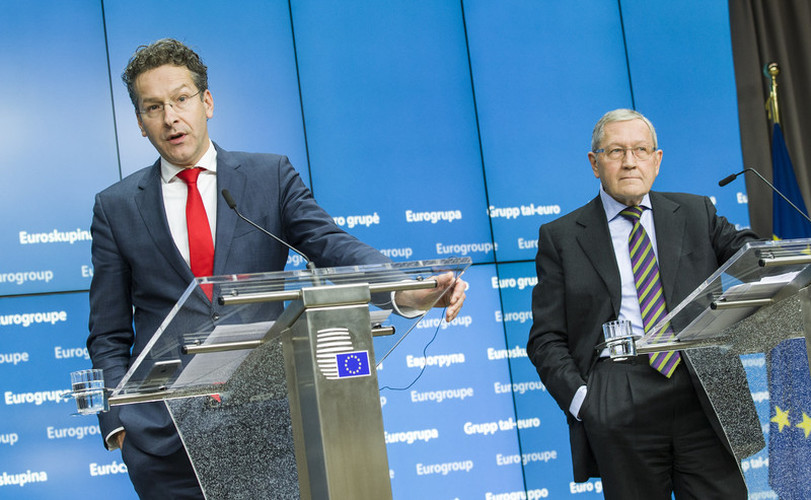 Listening to the news on the state-run television stations after Monday’s Eurogroup, one would think that the Greek debt is reduced to the point that the country is one step away from economic recovery.
That is if one is not looking at the small print that says Greece’s debt burden would be reduced by 20 percentage points of GDP by 2060. And the even smaller print that says Greece has to implement harsh measures in order to achieve strict fiscal targets.
Prime Minister Alexis Tsipras and his finance and economy ministers are celebrating, of course. A generous debt haircut was what they had promised to the Greek people and some debt relief is what they achieved. It was better than nothing, naturally, but at what expense?
In order for European creditors to agree to a full set of short-term measures, including extending the repayment period and maturing profile up to 32.5 years, Finance Minister Euclid Tsakalotos agreed to some hard to obtain fiscal targets, including primary surpluses of 3.5%. And in order to reach these targets, Greek people will have to bleed a lot more, as harsh measures are required in order to reach these goals.
None of that was mentioned amidst the wide grins and champagne popping. Not even the fact that the second bailout program review has not been completed, something that the Greek government was presenting as a certainty until Monday. Now the second bailout program review is postponed until January.
“We all agree that serious measures will have to be put in place for a 3.5% primary surplus to be met and sustained at least for some years,” Eurogroup President Jeroen Dijsselbloem said after the meeting.
European Stability Mechanism chief Klaus Regling said that although Greece would initially have to pay higher interest rates, “these measures will improve Greek debt sustainability.”
Another thing that was not mentioned was that the International Monetary Fund insists that the primary surplus targets are next to impossible to reach unless a new series of fiscal measures is implemented. Which means that Greek people will have to bleed a few billion euros more.
Yet, the Greek government has used all available means to communicate that the Eurogroup decisions are in favor of Greece and that Tsipras has finally kept his promise that he would bring debt relief and kickstart the dying economy. When in fact his big achievement was that European creditors agreed that the Greek debt is now sustainable.
In essence, what the Greek government is celebrating is a Pyrrhic victory, with the casualties being, once more, the Greek people who keep paying exorbitant taxes and see their incomes dwindle without seeing the light at the end of the tunnel.