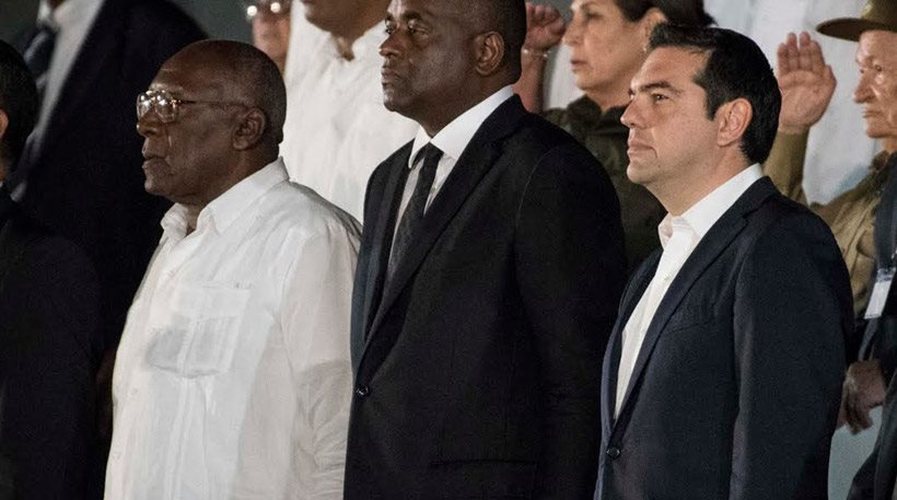 Greek Prime Minister Alexis Tsipras paid homage to late Cuban leader Fidel Castro at a mass ceremony held at Havana’s Revolution Square on Tuesday.
Fidel Castro was a global symbol of resistance and “his example inspired people’s struggle across the world,” Tsipras said, paying tribute to “El Comandante,” referring to him as the Cuban leader’s fans used to call him.
Tsipras compared Castro’s revolution to the 1821 Greek War of Independence, quoting the “liberty or death” war cry the Greeks used to the “patria o muerte” (country or death) the Cuban revolutionaries used.
“[We Greeks] are fighting our own struggle for justice and dignity… and in this struggle we will always have Fidel’s example before us, in our victories and in our defeats, in our achievements and our compromises,” Tsipras said.
Tsipras was the only European state leader present at the ceremony, and he was amid leaders of small Latin American and African countries, an act that was criticized at home.