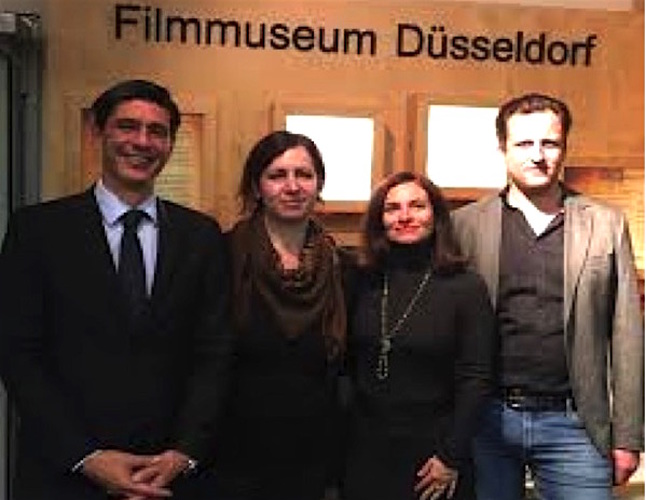 Starting with Giorgos Lanthimos’s film “The Lobster” and ending with Athina Rachel Tsangaris’s the “Chevalier,” these films were produced in Greece between 2012 to 2015 and represent Greek Cinema in times of the crisis.

Director Ektoras Lygizos was interviewed on November 19 via Skype where he talked about his movie “Boy eating the birds food.” He wanted to work with the actor Yannis Papadopoulos, who played the main character Giorgo, as a young falsetto opera singer who desperately tries to find a job in Athens, suffering from hunger while trying to survive.
The 2012 film “Encardia,” directed by Angelos Kovotsos, and the 2015 film “Ursa Minor,” directed by Elissabet Chronopoulou were very well received. The 2013 film “Wild Duck,” by Yannis Sakaridis, completed the program and was greatly appreciated by an interested audience.