GRNews
GreekReporter.comGreeceFidel Castro Writes Congratulatory Letter to PM Alexis Tsipras Prior to His... 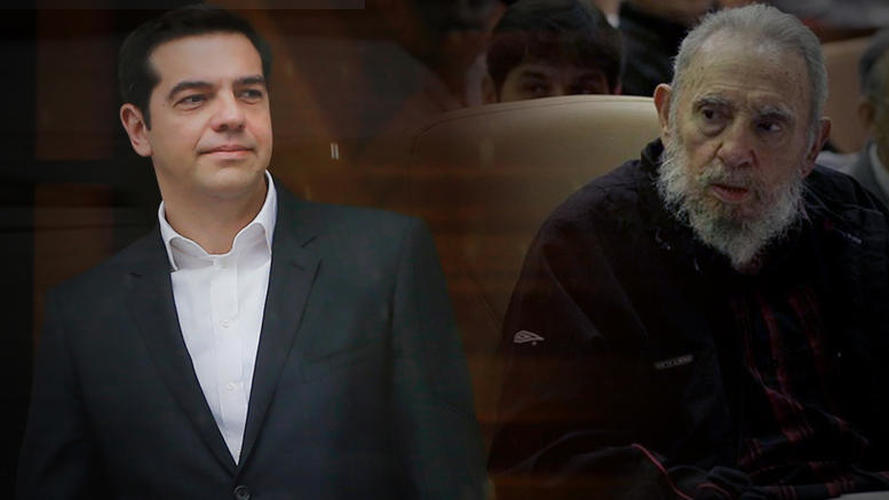 Shortly after the July 5, 2015 referendum, when 62 percent of Greek people voted against the austerity agreement with creditors, Fidel Castro sent Tsipras a congratulatory letter, where he calls him “comrade”.
“I congratulate you warmly on your brilliant political victory. Greece is very familiar to Cubans. Greece taught us philosophy, art and science, along with the more complicated by all human activities: art and political science,” the letter says.
“Your country has won the admiration the people of Latin America and the Caribbean, as they see Greece, facing threats from abroad, and defending its identity and culture,” it says further.
“We wish you, you honored comrade Alexis Tsipras, to be as successful as possible,” Castro’s letter concluded.
PM Tsipras on Fidel Castro’s death: Goodbye Comandante
Cuban politician and revolutionary Fidel Castro who served as both President and Prime Minister of Cuba gets a heartfelt goodbye from Greek Prime Minister Alexis Tspiras.
Tsipras posted on his Twitter page:
“Goodbye comandante. Until the people’s’ eternal victory.”
On his personal Facebook page he wrote:
“Fidel Castro was the guarantor of his people’s dignity and independence and set the foundations for the regional cooperation in Latin America. The generation that leaves bequeaths us a huge historic, symbolic and political legacy which we are called to deal with in conditions extremely difficult after the failure of neoliberalism and the vision of socialism to still seek its new structure. So, as Fidel said, those who struggle today against the disasters that threaten the world should analyse and implement carefully each political decision. Goodbye comandante. Until the people’s’ eternal victory!”