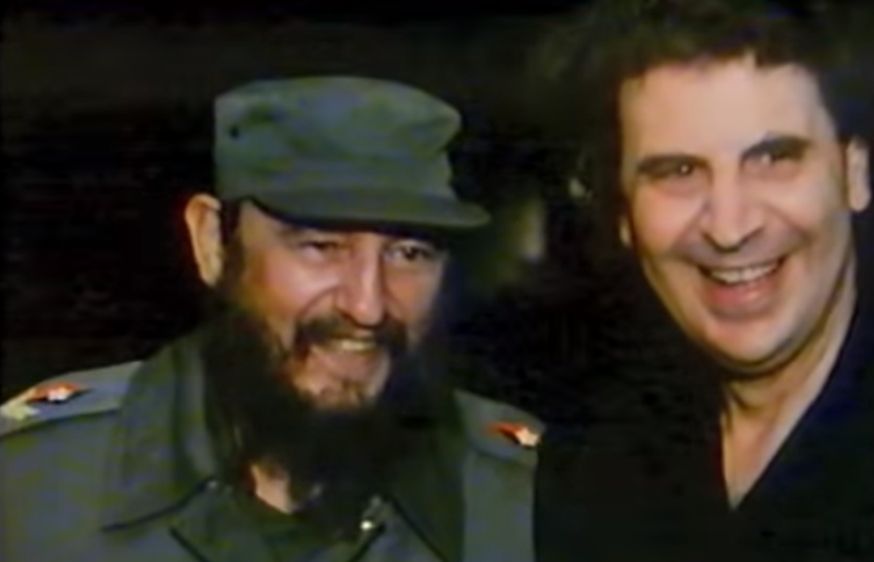 Fidel Castro, the leader who defined Cuba and passed away on Friday night at the age of 90, was admired by many Greek politicians, academics and artists. However, there is a man who can be called Castro’s Greek best friend, Mikis Theodorakis.  The great Greek composer, who is also a devout leftist also shared the same date of birth with the Cuban leader, July 29.
The Greek composer met Castro in 1962, when he visited Cuba as a parliamentary member of United Democratic Left (EDA) along with another EDA MP, Evanhegelos Sakellaris, as guests of the revolutionary government. It was the time when the whole island was singing and dancing to the sounds of “Luna de miel”, a Theodorakis composition that had become very popular.


At the time, the revolutionary government of Cuba was making an effort to get rid of
bureaucracy and had invited delegations of leftist parties around the world. They had stayed for a week, when Theodorakis explained that he wanted to leave because he was in bad health at the moment and the humid climate of Havana was bad for him.
Theodorakis later said that Che Guevara told him: “You are not going anywhere. We have mountains with fresh air. Tomorrow I’m going to the Sierra Maestra and I will come by the hotel to pick you up and take you with me.”
Despite the objections, Guevara was adamant. The next morning they got into a big, comfortable car and spent “a memorable week with Che Guevara,” Theodorakis said. Theodorakis became friends with Castro and the two men exchanged letters.
On July 29, 1981, Theodorakis gave a concert in Havana, Cuba. He was invited by Castro himself. The composer presented one of his greatest works, Canto General, based on the poem by Pablo Neruda, the work was played by a Cuban orchestra accompanied by Greek singers Maria Farantouri and Giorgos Dalaras.
According to a report in Efimerida ton Syntakton, Castro appeared unexpectedly at the concert at Cathedral Square of Havana, flanked by guards. It was a time when the Cuban leader was hardly making any public appearances because he was fearing assassination attempts. The audience cheered “Viva Fidel!”
By the end of the concert, Castro embraced Theodorakis praising his work. The two men were acquainted and shared a mutual respect. Castro embraced Theodorakis and said, “Music is more difficult than politics. That’s why there are more politicians than musicians.”
And Castro continued: “And there are even less revolutionary artists. Even though artists want revolution, there are many politicians who are not revolutionary. But to be a revolutionary artist is more significant than being a politician.”
Fractured ties
As mentioned for quite some time Theodorakis exchanged letters with Guevara and Castro. As years passed, the exchange of letters were reduced to almost nothing. Theodorakis wrote that Castro had sent him a box of Cuban cigars with a note, “Mikis, you have forgotten about me.”