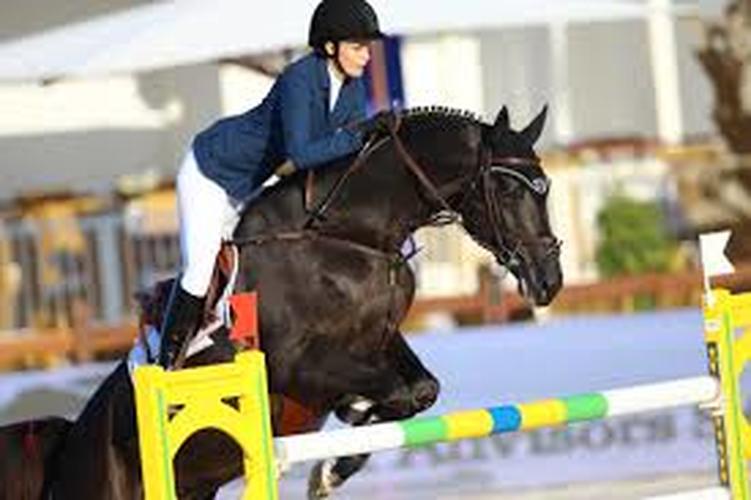 According to the Irish Times, the 31-year-old Onassis, who is also a well-known sport horse rider herself, has paid a figure between 10 and 12 million euros, it is speculated.

The sale of MHS Going Global, which was announced on Friday, had been under negotiation for the past two weeks, but was only concluded on Thursday following a full veterinary examination, says the Irish Times report. The horse was co-owned by Broderick and Canadian Lee Kruger.

Onassis represented Greece at the 2013 European Championships in Denmark and at the following year’s World Equestrian Games in France. The heiress tried the horse in the company of her advisers Jan Tops and the latter’s Australian-born wife Edwina Alexander Tops.

MHS Going Global was bred in Co Kilkenny by the late Ita Brennan out of the well-related Cavalier Royale mare Gowran Lady. The horse first appeared on the Irish show jumping circuit by Francis Connors with Broderick taking over the ride in the summer of 2011.

Greece is pushing its EU partners to approve Covid-19 vaccine certificates that would open travel throughout Europe, the Greek tourism minister said.
Greece

The holiday bookings of British nationals to Greece for 2021 have risen recently by a stunning 96 percent, travel agency Skyscanner has confirmed.
Greek Food