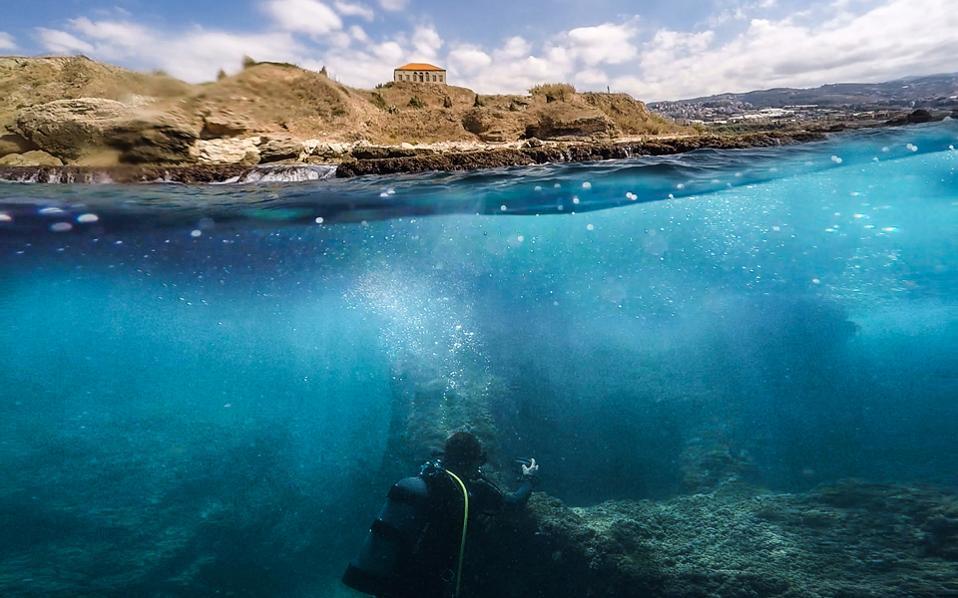 Excavations at the ancient coastal town of Byblos, Lebanon, have been ongoing since the 1960s. Recently, the two lead scientific supervisors in the “Byblos and the Sea” project asked for help from experts at Greece’s University of Patras in locating the ancient Byblos port.
Supervisors Francis-Allouche and Nicolas Primal have brought aboard Professor George Papatheodorou from the University of Patras’ Department of Geology to help uncover the treasures of the 6,000-year-old UNESCO World Heritage Site.
“From dawn to dusk we are in the sea. We plan the boat routes so as to form a dense canvas of courses to collect as much data as possible,” Papatheodorou said according to ekthimerini.com.
“We are very close to locating the ancient Byblos port. We are still not certain about its exact size and location,” he added, explaining that “It is a port that has been filled with debris. Part of it is under the land and another part lies under the sea. After its location has been established, archaeologists will launch test digs to unearth the port. We believe that it is buried a few meters beneath the sea floor.”
The next phase of the “Byblos and the Sea” project is set to begin in the spring of 2017 and is subsidized by the Honor Frost Foundation, named after the pioneer in marine archaeology who began the excavations at the Byblos site in the 1960s.