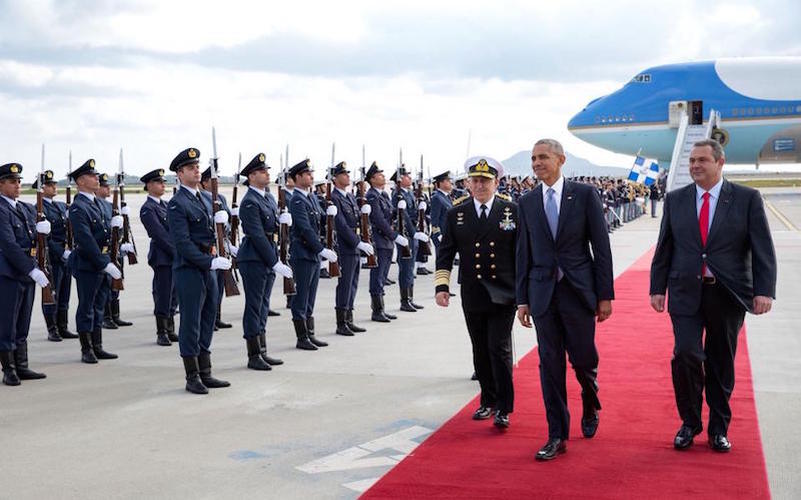 U.S. President Barack Obama visited Greece shortly before the end of his term. His personal photographer, Pete Souza, was there to capture his every step.
Souza follows the president wherever he goes since the day he became the official White House photographer. As he has said in an interview, before he accepted the post, he had asked permission to be with the president at every moment, even during private moments or unofficial talks between the U.S. leader and his staff, or with other political leaders.
The photographer believes that this would be the only way to capture the real Barack Obama. And, as his work shows, he has achieved that.
In Greece, Souza captured the U.S. President during his official obligations and during moments of relaxation. His pictures would make a captivating album of the last presidential trip of Barack Obama.