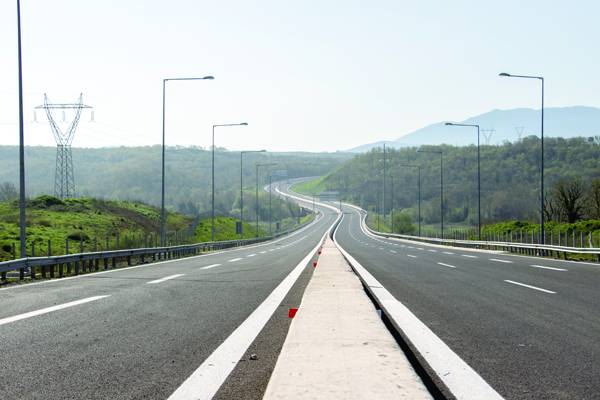 While visiting the coastal town of Kalamata in the southern Peloponnese on Sunday, Infrastructure and Transport Minister Christos Spirtzis promised that a highway from Corinth to Kalamata via Tripoli, as well as a branch connecting Lefktro and Sparti, will be completed by mid December.
Spirtzis was in the area to inspect the projects currently underway, accompanied by Minister of State Christoforos Vernardakis and Alternate Economy and Development Minister Alexis Chartists.
Spirtzis said the main priorities were to promptly complete the Morea highway but also works to protect Kalamata from flooding, stressing that the era of long delays was over. “The works are programmed and implemented,” he said.
The minister said the government had negotiated hard to review the concession contract for the Morea highway and that its completion was a “vindication for us all.” He accused previous governments of signing concession contracts that did not protect the interests of the state and of citizens.
Spirtzis promised that the government will not stop there but also proceed to introduce tolls proportional to distance traveled on all highways and to complete infrastructure in the country.
The ministers later met Kalamata Mayor Panagiotis Nikas where they announced that the ministries will provide funding for another three anti-flooding projects.
In statements on Saturday, again in Kalamata, Spirtzis said that the funding for the Patras-Pyrgos highway had been secured while action was underway for a road between Pyrgos, Kalo Nero and Tsakona but “this had absolutely no maturity.”
“The previous governments had not made any provision, not even one euro, for completing this and it was removed from the concession contract for the Olympia Highway because there were environmental problems with the road network passing through Kaiafa and Ileia,” he added.
Source: ANA-MPA