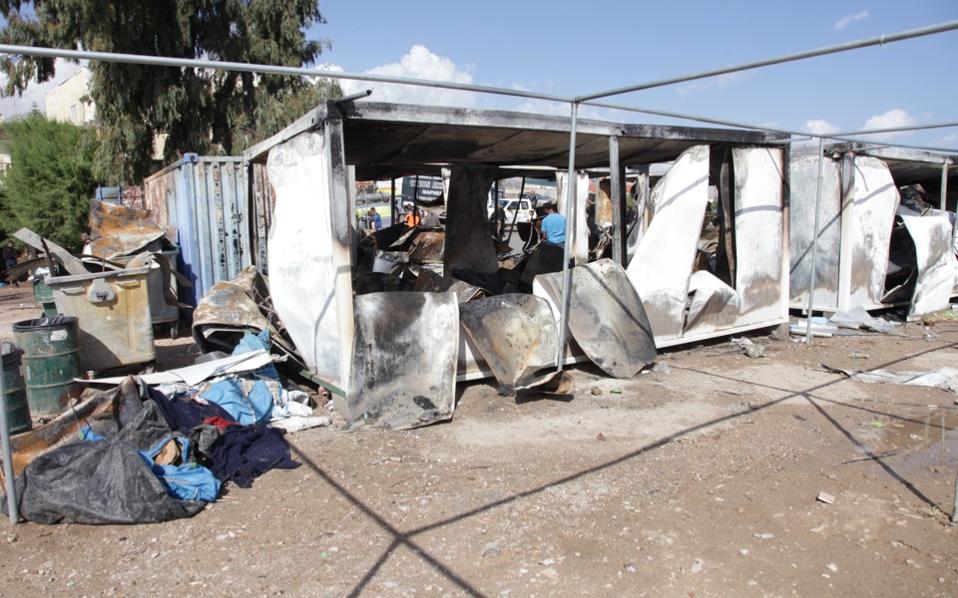 Officials have announced their growing concern regarding violent attacks on migrants centers throughout the Aegean islands by far-right groups.
According to the latest reports from Greek police force (ELAS), there have been at least two assaults against migrant facilities on the islands that involved members of far-right groups as tensions continue to escalate following last week’s visits by parliamentary members from the far-right neo-Nazi political party, Golden Dawn. The MPs held anti-migrant rallies on the islands near several “hotspots” where migrants are being accommodated while awaiting the verdict on their asylum applications.
Attacks took place last week at the Souda camp on Chios and involved Molotov cocktails and stones being thrown at the camp site. These attacks coincided with the rallies of MPs of Golden Dawn as well as a visit by far-right Belgian politician Vlaams Belong to the island.
The relocation of the migrants to mainland facilities is what locals are calling for as a solution to taming the situation at hand, however, just last week Migration Minister Yiannis Mouzalas commented that moving the masses from the islands may very well encourage more migrants to traverse the Aegean from Turkey in hopes of reaching Greece’s shorelines, thus replenishing the inhabitants of the migrants centers as “the islands would be engulfed by a new wave of migrants.”
The camps at the Aegean hotspots are overcrowded and have been condemned as “unsafe” and “sub-par” by many nonprofit organizations. The Greek government is currently building new facilities on the mainland, however, with over 60,000 migrants trapped in Greece since FYROM and other EU countries closed their borders last spring, there is no telling how long it will be before there is adequate shelter available.