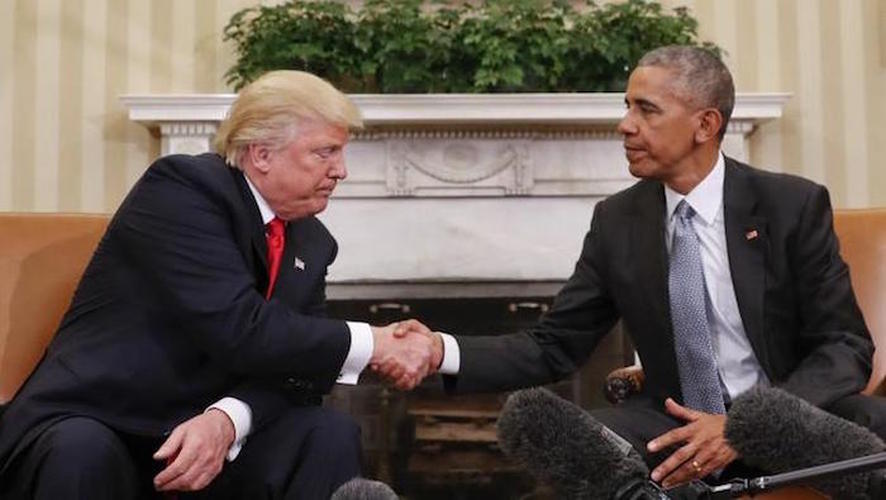 Chairman Mao often remarked that it’s always blackest before it’s completely black. That’s what it feels like now that we’ve Made America Great Again. Not red, white and blue. But black and blue.

As the world begins synthesizing the consequences of the greatest political shock of our lifetime, we are being introduced to the 2016 Vichy Republican manifesto. Congressional Republicans — the ones who could neither shame nor tame Donald Trump the candidate — are now capitulating to President-elect Trump’s cabinet selections and policy vision. Brick by brick, he is building an administration cementing begrudging resentment and arrogant unwillingness to lead globalization’s inevitable march. Punctuated by excessive exceptionalism, feigned patriotism and the divisiveness of bigotry.

Trump has selected propagandist Steve Bannon as his senior strategist, requested Top Secret security clearance for his children, who immediately used the Office of the President to hawk their products during a 60 Minutes interview in a gold-gilded penthouse resembling the home of Robert Mugabe. That unprecedented trifecta means a white supremacist and the president-elect’s children have been promoted from publishing hate speech and designing daywear for women, to advising the Oval Office on the mounting threat of so-called Islamic State, ICBM strategy and whether the president should take calls from Angela Merkel or his new BFF Nigel Farage. A man so villainous, villains are considering changing professions. Brexit is a walk in an English garden compared to what’s coming from the New World.

Before you criticize this as whinny liberal backlash, consider a few facts. The #NotMyPresident protesters aren’t chanting hateful epithets against minorities. Nor are they ripping Hijabs off the heads of Muslim mothers shopping for groceries. They are protesting the destructive nature of a president-elect aproning himself by a formerly coven, now openly rancorous and politically inconversant group of future public leaders. Never in the history of the Republic have the threats to national security been greater while the credentials of the cabinet weaker. Consider these serious contenders: Sarah Palin for secretary of the interior; climate change denier Myron Ebell for the EPA; occasional dinner guest of Vladimir Putin, relived of his duties by the Obama Administration, Lt. General Michael Flynn for defense secretary and national security adviser and former Maricopa County Sheriff Joe Arpaio, who intimated Hillary Clinton’s head should be cut off for secretary of homeland security.

The most flawed presidential candidate in U.S. political history, who staged a populist revolt with a Twitter campaign of denial, anger, and savage bigotry isn’t pivoting. He is morphing into a president both supporters and opponents believed he would be. Now charged with healing a divided country, united by rage.

Normalizing this man is questionably the most dangerous thing America can do.

Before you join the chorus claiming he won a mandate or the polls and pundits got it wrong remember; Hillary Clinton won the popular vote. By over 1 million ballots and a margin of victory larger than that of John F. Kennedy or Richard Nixon. It’s the anachronistic Electoral College that again denied a victor the White House. Trump voters either don’t find his brand offensive or overlooked it because they hated Clinton more or wanted to punish the establishment. Whatever their motivation, they are in the minority. A full 42% of the country didn’t vote. Trump did not gain a mandate.

I understand the smoldering resentment of rural America ravaged by decades of decline and respect how Reagan Democrats democratically harnessed an open society to vote for change. Many Trump supporter’s believe his victory would wormhole America back to some 1950s male-dominated utopia.   Where we once again forge steel in Bethlehem, Pennsylvania, and mine coal in Lynch, Kentucky. Where cutting taxes, shuttering borders and ignoring environmental science will save the American Dream. Those are the empty promises of a charlatan. Those days aren’t returning.  Because we live in the nanotech, robotic, post-capitalist economy of the future, not the past.

I won’t and never have called Trump supporters stupid. As Molly Worthen wrote in the New York Times, “Donald J. Trump – the religiously indifferent, penthouse-dwelling germophobe – somehow emerged as the victorious defender of the pig farmer and the country church.”  Perhaps because it’s easier to believe the myth than accept the truth. They wanted to believe the man from reality TV would ride into D.C., clean up town and ultimately save the good guys.  Just read his latest suspenseful tweet to understand the power of his celebrity.

In 1984, Ronald Reagan — the ultimate Republican cowboy — created one of the most influential political campaigns in U.S. history. Morning in America was a picturesque montage promising the idealistic optimism of one of his Hollywood movies. That imagery is in stark contrast to the apocalyptic vision of America fomented by Trump. This is important because Trump has consistently resurrected the ghost of Reagan. Yet would Reagan — the communist hating, “ketchup is a vegetable” captain of the neocon universe — endorse Trump from the grave? Especially in light of post-election revelations that Trump’s campaign was indeed in contact with the Russians?  Or that Russian media darling and Trump ally Julian Assange may ask the new president for a pardon?

Controlling all branches of government, Trumpublicans will now advance policies resurrecting Reagan’s tax cutting, climate-change denying revolution.  Policies that undeniably gave rise to the present inequalities stubbornly plaguing America and the world. Those divisions and Americans’ misunderstanding of that gap contributed to Trump’s victory. Justice was never served after the 2008 economic collapse that cost them their homes, jobs, and sense of belonging in the world. Justice in 2010 would have been cathartic. Republicans stymied that. Senate Majority Leader Mitch McConnell’s unwillingness to work with President Obama on any legislation created Trump. Yes, Mitch McConnell is the Dr. Frankenstein and Steve Bannon the Svengali buttressing Trump’s ability to mine that vein of justifiable resentment. This textbook demagoguery, scapegoated responsibility, promised a backward looking homily instead of forward-thinking benchmarks. Donald Trump is the surreal but very real embodiment of neoliberal’s unbridled power at universalizing global economic ambitions. Now the world faces the existential reality that the ultimate plutocrat will somehow save us from the plutocrats.

The measure of a man is what he does with power. Plato instructed there are three classes of men: lovers of wisdom, lovers of honor and lovers of gain. Revolution is easy. Governing is hard. Trump is now preparing to take over the power of the Oval Office. And all that implies.  His first 100 days will express his ambitions. But as my mother always told me, you can tell the day by the dawn.  The opening hours of the Trump Administration suggest a chilling nationalism taking root in the White House.

Accepting the things we cannot change is one thing; working to change the things we cannot accept is another. Donald Trump will take the oath of office on January 20, 2017. I will be in Washington that day too, marching against absolutism. That’s how democracies work. That’s how I explain this election to my children. That’s why I retain faith in my country. History is on the side of democracy. Not despotism.