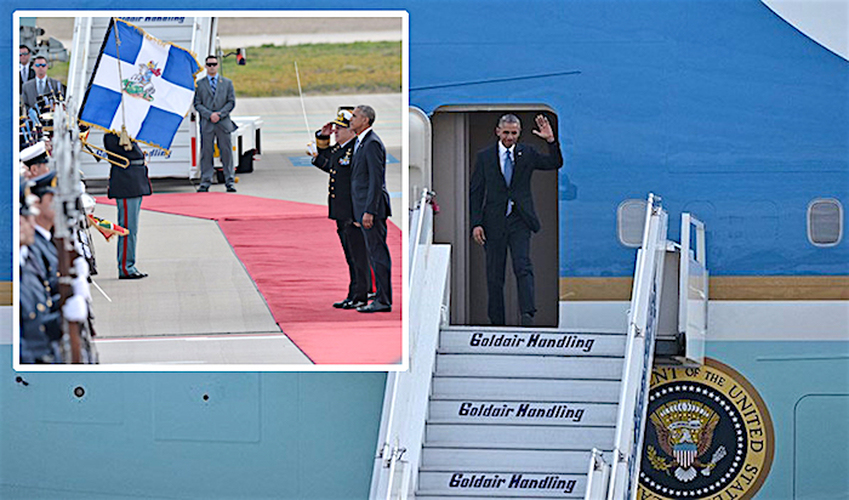 U.S. President Barack Obama is in Athens for a two-day official visit, during which he will give his final speech as president outside the U.S.
Air Force One landed at the Athens International Airport at 10:30 am Tuesday, under unprecedented security measures. Defense Minister Panos Kammenos and Chief of Defense, Admiral Evangelos Apostolakis, welcomed the U.S. President at the airport, with all honors for a state leader.

President Obama arrives in Athens. He is the fourth sitting US President to visit Greece.

President Obama will meet with President of the Republic Prokopis Pavlopoulos at the Presidential Mansion and after that he will meet with Prime Minister Alexis Tsipras at Maximos Mansion.
The Greek government is expecting that the U.S. President will speak about the need for Greek debt relief. The U.S. leader is accompanied by Treasury Secretary Jack Lew.
Barack Obama is the fourth U.S. President to visit Greece, after Bill Clinton in 1999, George Bush in 1991 and Ike Eisenhower in 1959.