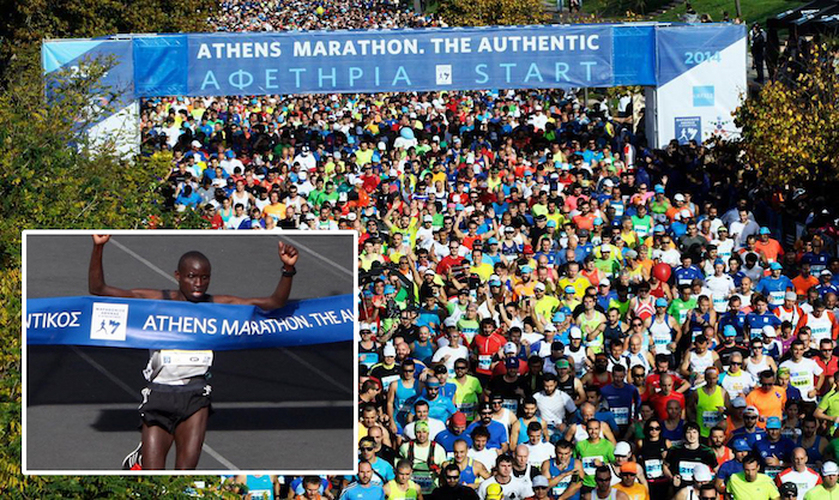 This year over 50,000 athletes originating from 105 countries participated in the 34th Athens Authentic Marathon, Kenyan athlete Luka Rotis Loumpouan was the victor of the challenging 42.195 meter race.
Loumpouan finished the race as he entered the packed Panathenaic Stadium to the cheers of onlookers with the 15th fastest time in history, coming in at 2:12:49.
The Authentic Course is considered to be a tough one, beginning in Marathon at 9 a.m. the runners are faced with steep slopes as they head towards Nea Makri and a flatter course. As they traverse Rafina the course hits its peak of difficulty in the 20th kilometer as athletes find the course heading uphill once more. Eventually, they find their way into the city center, heading down Hrodou Attikou Street where they see their goal: the Panathenaic Stadium.
The first Greek to cross the finish line was Christopher Merousis who ended the race with a time of 2:24:58.
Crowds were enthusiastic and included some famous athletes from the Rio Olympic Games such as Lefteris Petrounias, Spyros Gianiota and Anna Korakakis.