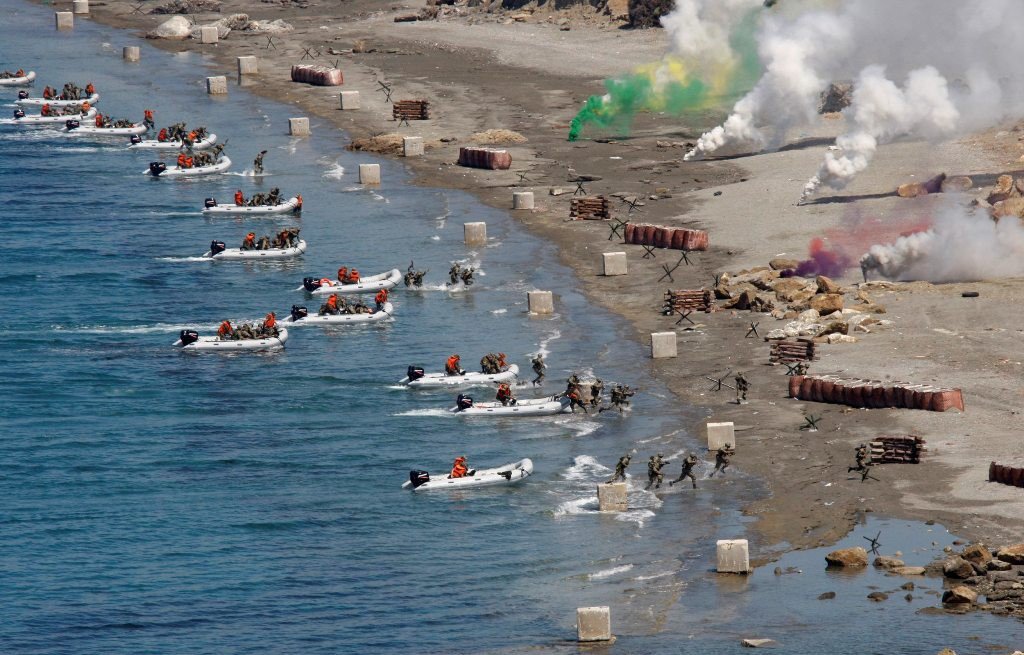 Turkey has announced naval exercises in twelve regions, including Kastellorizo-Strongyli, the easternmost Greek island of the Aegean. The Navigational telex, NAVTEX 717/16, was issued by Ankara early on Friday. The site liberal.gr states that the message was for naval exercises to take place on the island from November 12 to Tuesday November 15 — the day of U.S. President Barack Obama’s visit to Greece.
The Turkish naval exercises are to encroach Athens FIR with regions where Ankara has refuted Greek sovereignty in the past. For this reason, Athens issued an anti-NAVTEX that does not permit Turkey’s entry into Greek territory.
The coordination of the Turkish exercises is designed in such a way so as to trap the region of Kastellorizo, surrounding it with Turkish military vessels. Turkish NAVWAR states that the “exercise will take place out of foreign territorial waters, except if there is special permission.”
Turkey’s decision to hold exercises within Greek territory on the day of Obama’s visit to Greece comes following an escalation of rhetoric by Turkish President Recep Tayyip Erdogan concerning Turkey’s borders that question international agreements and peace treaties.