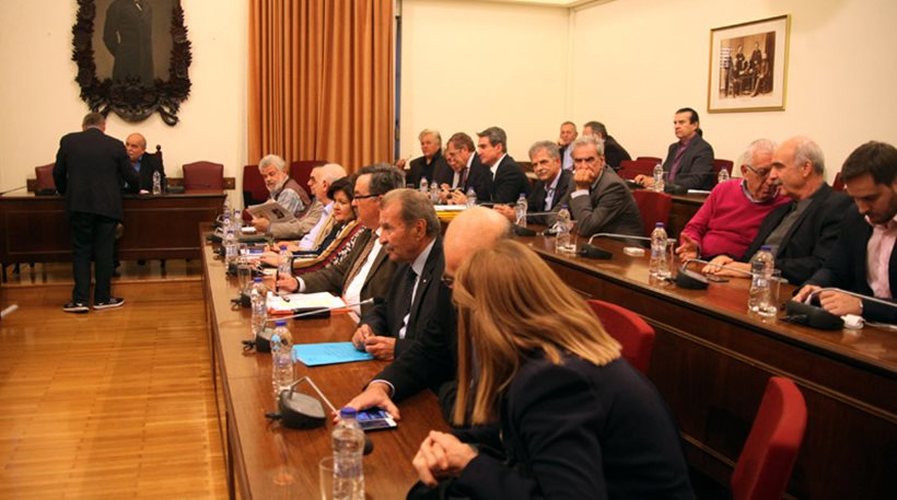 The Greek Parliament’s presidents conference convened on Thursday in a spirit of consensus regarding the consolidation of the National Council of Radio and Television (NCRTV), under the guidance of Greek Parliament President Nikos Voutsis. Following a number of failed attempts, the different sides converged regarding the main opposition New Democracy party’s proposal for former Supreme Court judge Athanasios Koutromanos to head the independent TV watchdog.
The agreement was no mean feat as the conference requires 4/5 of the members to reach a consensus. Success was noted when 20 of the 24 members reached an agreement, one more than was necessary for the motion to be passed. The other four members voted “present.”
Hence the NCRTV has Koutromanos at the helm, with writer Rodolfos Moronis as vice president.
The other members are Poppy Diamantakou (journalist), Nikos Kiaos (journalist), Vasilis Karapostolis (lecturer), Lillian Mitrou (lecturer), George Pleios (journalist), Dimitra Papadopoulou and George Saridakis (journalist).
The meeting that was scheduled for 3 p.m., finally began after 4:30 p.m. and an agreement was reached within three hours.
During the meeting, Voutsis informed the members of the Conference of Parliament Presidents of a statement to the Athens-Macedonian News Agency (ANA) made by Digital Policy and Media Minister Nikos Pappas, which stated that the NCRTV will have sole responsibility for organizing tenders to allocate television broadcasting licenses and that the number of licenses will be decided through a process of consultation and consensus between political forces and the new independent authority.
Voutsis informed the members that this will be their last meeting on forming the NCRTV, while ND’s Nikos Dendias asked the Parliament president for an express commitment that there will be an increase in those able to inform the Greek people.