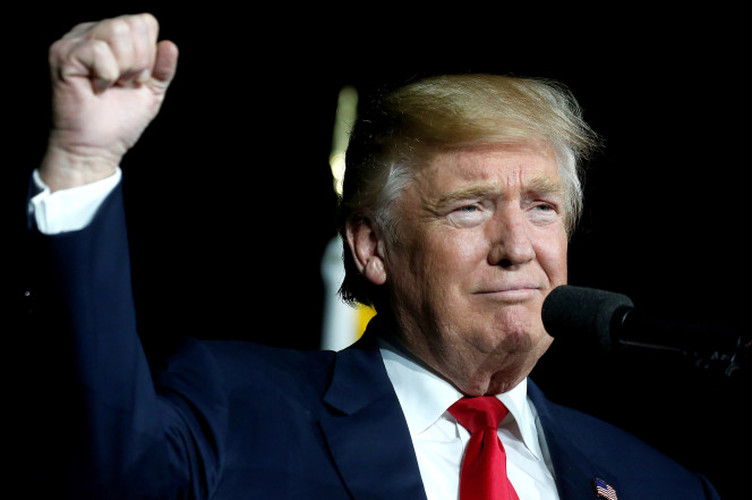 Republic Candidate Donald Trump’s win came as an unexpected development in Greece. Party reactions varied.
SYRIZA
The ruling Radical Left Coalition Government was shocked by Republican candidate Donald Trump’s victory during the U.S. Presidential elections. Prime Minister Alexis Tsipras had hoped that Democratic candidate Hillary Clinton would take a stand in favor of Greek debt relief, and had failed to open diplomatic dialogue with the Trump campaign. Even so, Greek government sources on Wednesday said that Athens had been “prepared” for either possibility. Plans to exploit outgoing President Barack Obama’s visit to Athens next week are now of less significance following Trump’s win. So far, Trump has said little regarding Greek state debt and it is likely that he will be indifferent regarding the matter.
On his part, Foreign Minister Nikos Kotzias congratulated the newly elected US President Donald Trump. “The Greek government has systemic relations with both parties, the Democratic and the Republican. We had discussions with the team of Trump last September on issues of the region on the sidelines of the UN general assembly. The Greek government and any Greek government always had good relations with the US and the American people.
SYRIZA lawmaker Dimitris Papadimoulis Tweeted on Wednesday that Trump’s election is a “negative development” for stability and democracy around the planet.
Independent Greeks (ANEL)
Independent Greeks leader/National Defense Minister Panos Kammenos, a right-wing junior coalition party in the government, took to social media to congratulate the new United States president-elect. Kammenos did not fail to cast the spotlight on Trump’s Greek American foreign policy advisor George Papadopoulos, who is one of Trump’s five advisors on foreign policy. He pointed to this as important for Greece.
New Democracy Party
Greece’s main opposition Conservative National Democracy party emphasized on Wednesday that the decision by the U.S. voters is “absolutely respected.”  ND party sources said that Greek-American relations are and continue to remain strong and unaffected by the election result.
“The US people have decided. It is a result that is respected. The US-Greek relations are very strong; they are geostrategically important relations and will not be affected by the elections result,” said New Democracy Party leader Kyriakos Mitsotakis, addressing producers at Chania, Crete.
Socialist PASOK party
“Declaring one’s shock at the election of populist leaders around the world is not enough and progressive forces must instead join forces to tackle the reasons that led to their election,” said socialist PASOK leader and head of the Democratic Coaliton Fofi Gennimata, commenting on the election of Donald Trump as the next President of the United States.
“Constantly declaring our surprise and shock by the prevalence supposedly anti-systemic, but in reality deeply conservative, anachronistic and populist choices, clearly is not enough,” she said. “Progressive political parties in Europe and the world must immediately provide answers and solutions to the problems facing ordinary people.”
Golden Dawn
One party that hailed Trump’s victory was Greece’s ultra-nationalist Golden Dawn Party — the third-largest in Greek Parliament. The party noted that the victory is one against “illegal immigration and in favor of ethnically “clean” nations. “This was a victory for the forces which oppose globalization, are fighting illegal migration and are in favor of clean ethnic states, in favor of self-sufficiency in the national economy,” a spokesman of the party said in a post on YouTube.