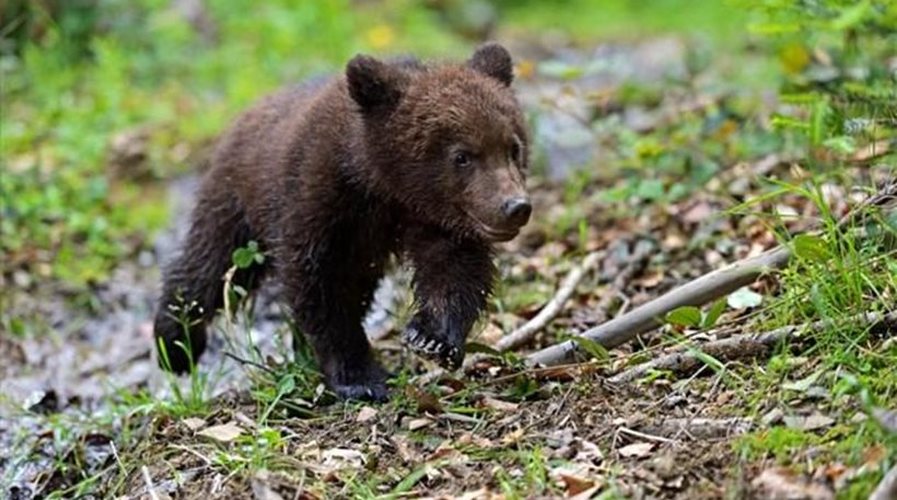 Two young wild bears took a stroll at Kastoria center after midnight on Monday, alarming the residents of the northern Greek city.
Nikos Panagiotopoulos, member of brown bear protection group Arcturos and Environmental Protection Society of Kastoria, told AMNA news agency that the two young bears appeared on the road next to the lake of Kastoria at 12:30 am. The environmentalist led the operation to lead the two animals out of the city and to the nearby mountain.
“Four police cars and two private vehicles rushed to the spot and closed the two main traffic arteries that lead to the city center. We used the headlights and horns to approach the animals in a way that would lead them out of the Kastoria center. But the bears turned backwards instead, wandered to the cemetery and then walked to the city center,” Panagiotopoulos said. The operation to drive the two bears to the mountain took four hours.
According to Panagiotopoulos, the two young bears were previously spotted with their mother close to the city. Apparently, he said, they were not afraid because they have become familiar with the urban landscape.
“We fear that they will come back because they grew up near the urban fabric and will come again in search of food. It is significant that at the foot of the mountain from where they descend until the edge of Kastoria city, there is a children’s playground where cubs love to play, especially on the seesaw and springboard,” Panagiotopoulos said.