Handover Ceremonies: Highlights as Ministries are Given Over 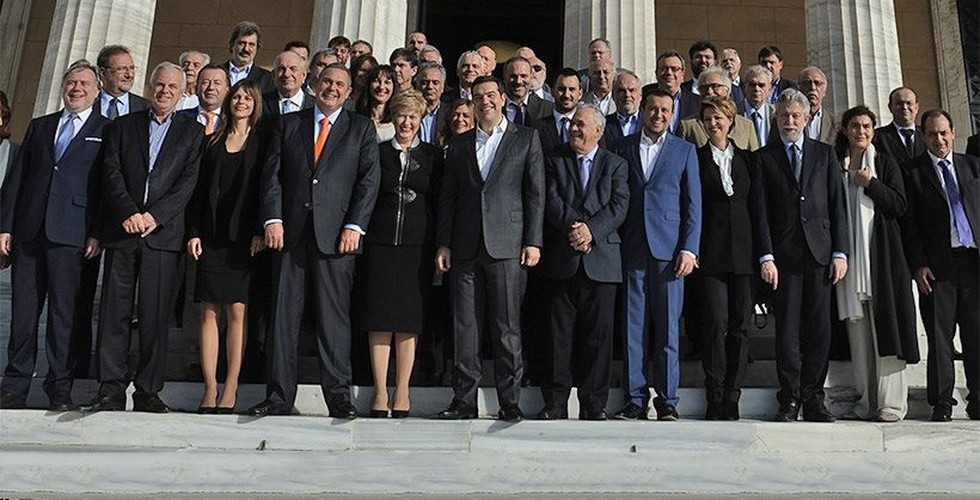 The handing-over ceremonies took place at ministry’s in Greece on Monday following a long-awaited government reshuffle that took place on Friday afternoon.
Digital Policy, Media and Telecommunications
Former state minister Nikos Pappas on Monday took over the Telecommunications and Post portfolio from Christos Spirtzis to add to his newly-formed ministry. On his part, Spirtzis kept the Infrastructure and Transport portfolios. Spirtzos noted that the transfer of the telecommunications and post secretariat “will mark the transition from the recessionary period we are experiencing to times of growth.”
Pappas pointed to a fundamental change, giving priority to the coordination and unification of digital and telecommunications policy, “which we believe will be the driver of new growth, which will make the country a leading player and more democratic.”
Education
The handover ceremony at the education ministry was the most fiery. Outgoing education and religious affairs minister Nikos Filis, who will be left without a portfolio, lashed out at Archbishop Ieronymos, head of the Orthodox Church, but also at Prime Minister Alexis Tsipras who moved him out of his post. In a long speech, Filis spoke of “far-right rhetoric” in the church. He said that he came under pressure to move to another ministry but refused to do so because he was committed to his leftist ideal. He said that the Church’s resistance to his plans for reforms to religious classes demanded a need to reset the relationship between the church and the state. Filis said that when the church asks and achieves the removal of a minister then “things are very difficult”.
On his part, the new Education and Religious Affairs Minister Kostas Gavroglou said he had nothing but respect for the Greek Orthodox Church and Athens Archbishop Ieronymos. He abandoned the rhetoric of his predecessor and used a conciliatory tone, reassuring that there would be “no changes whatsoever” regarding religious studies. “I mean it, no change at all, because the Archbishop had made an agreement with Filis and the Prime Minister on the course that needs to be followed and we will keep to the agreement,” he said.
Interior
Incumbent Interior Minister Panos Skourletis said “there is not time to waste… our government struggles with the problems.” Former interior minister Panagiotis Kouroumblis referred to the ministry’s legislative initiatives with aim the gradual fiscal restoration of the local authorities.
Labor
New Labor Minister Efi Achtsioglou, the minister who had gained the most press following the announcement of the government reshuffle due to her youth and good looks, said the “big wager” is the enforcement of legality in the labor market. She underlined that the social security issue had closed in the first review.
Rural Development and Food
The new Alternative Rural Development and Foods Minister Yiannis Tsironis said on Monday that “protecting the environment” is fundamental to the country’s unique, high-quality products famous throughout the world. A good ecological footprint could help Greek agriculture take off, he said. The new deputy minister Vassilis Kokkalis, on his part, promised to continue the good work carried out by Bolaris and the minister, Vangelis Apostolou, who is staying on at the ministry’s helm. “When young people return to the land, it will mean we have exited the crisis,” he said.
Administrative Reforms
Taking over the Administrative Reforms Ministry, Olga Gerovassili said on Monday that the mistakes of the past and policies followed had resulted in a bureaucratic public sector far from serving the citizen. She stressed the importance of administrative reform and reiterated her respect to the public sector employees adding that she will proceed to any changes with meritocracy and transparency.
Justice
Outgoing justice minister Nikos Paraskevopoulos said that the minsitry’s work refers to the production of legislation, justice and human rights, though it does not intervene in justice.
The new minister said that he thought it to be very important and a huge responsibility to follow Nikos Paraskevopoulos, stated newly appointed minister Stavros Kontonis noting that he will continue his predecessor’s work.