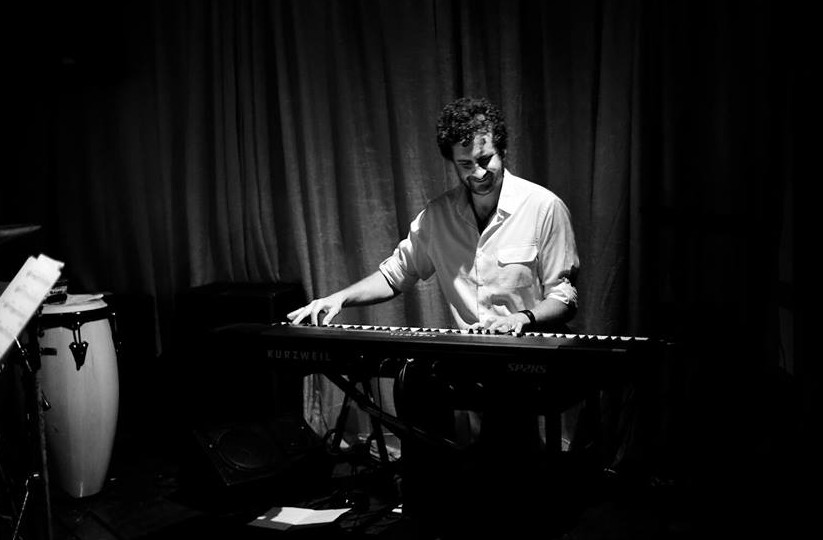 Ioannis Goudelis has released a new, personal jazz album called “Blue”, on which you can hear the Greek composer and pianist’s beautiful new melodies.

Goudelis has crafted a unique path in his musical career – he has performed on major television shows like “Jimmy Kimmel Live”, toured with headliners including Stevie Wonder and Ray Price, and licensed his original music to shows like “House” and “NCIS”, all the while recording personal albums that move him and never hesitating to play in smaller, more intimate venues.

During his musical career, touring has taken Goudelis beyond the US to Europe, Africa, Central America, and the Pacific, and he now spends his time between Scottsdale, Arizona, and Corfu, the island he was born on.

We spoke to Goudelis about the inspiration behind “Blue”, and how he forged such an exciting, fulfilling career in the competitive world of music.

1) How long have you played piano, and when did you start professionally?
I remember myself as a kid picking up a guitar and pretending I’m playing it. When I was about 11 years old I was in a marching band in Corfu and tried to learn the French horn. Shortly after that I started playing the keyboard and I got my first paid gig in Corfu in 1988. I’ve been doing it ever since.

Later on I moved to the US where I studied jazz piano at Arizona State University and then music for film at UCLA.

2) What inspired your latest album, Blue?
Blue is my favorite color, as are all the variations of it. I come from the island of Corfu so I grew up by the water and the blue of the Ionian Sea. There is also a song on the album named “Blue” which I composed while living in Los Angeles and I thought that would be a nice title for this album.
3) Which project you’ve completed in LA has been most significant to you?
Every project is special and unique of course but if I could pick one that has a special meaning to me, that would be my album “Melodia” which I composed in LA and on which I had the honor of collaborating with Pantelis Thalassinos.
4) Where do you see your career going?
I’m happy with where I am right now in my career. As long as I keep growing musically, performing, composing new music and sharing it with the world – that makes me happy.
Check out more of Ioannis Goudelis’ music.