GRNews
GreekReporter.comGreeceGovernment Reshuffle was Done so that Tsipras can Find Jobs for his...

Government Reshuffle was Done so that Tsipras can Find Jobs for his Friends, Says ND VP 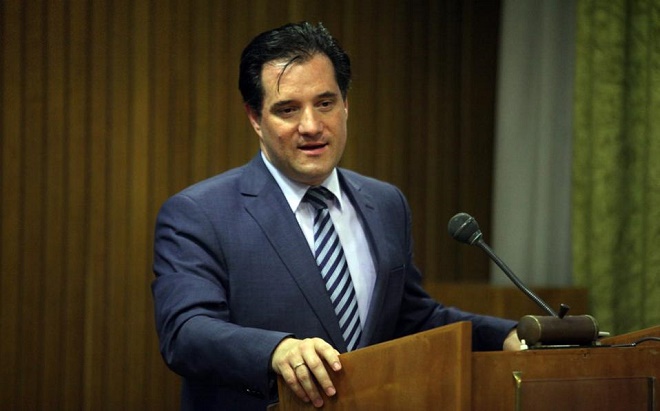 The government reshuffle was done so that Prime Minister Alexis Tsipras could find government jobs for his friends, New Democracy vice-president Adonis Georgiadis said on Saturday, noting that it mainly recycled old faces.
“Yesterday’s government reshuffle confirmed all of ND’s fears. The same faces were recycled with minor changes, increased the powers of the ministers and deputy ministers, so that Mr. Tsipras can find jobs for his own people and manage any political time he has left with the smallest possible party tensions,” he said during a visit to Corfu when asked about the new cabinet.
“However the ministerial vehicle he selected is not functional and is not expected to accomplish anything significant for the Greek economy,” he added and reiterated his party’s call for elections, saying they are needed because Greece has no time to lose.
(source: ana-mpa)