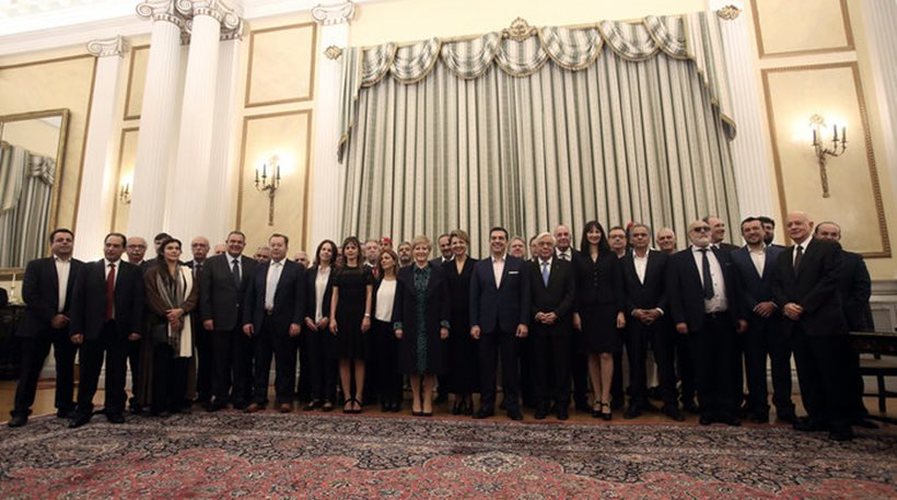 The Alexis Tsipras cabinet reshuffle served several purposes and it was an effort to send several messages, but mainly it was to get rid of a lot of hard leftists who were living contradictions between SYRIZA ideology and government policies.
First, it was a message sent to Greece’s creditors that the administration is determined to go through the bailout program and implement reforms. The replacement, for instance, of energy minister Panos Skourletis who was opposing the privatization of part of the Public Power Company, is telling lenders that Athens is willing to go ahead. Skourletis, as a good SYRIZA soldier, moved to another ministry where he won’t have to meddle with reforms.
The recent SYRIZA conference showed that there is confusion in the party: they are in power but they cannot govern as a leftist administration because the bailout program dictates that they have to implement neoliberal, austerity policies. And for SYRIZA neoliberalism is the devil incarnate. In theory.
The result of the continuous conflict is that very little was done about the economy. Negotiations with creditors were always delayed. The first bailout program review that was to be completed by October 2015, was completed at the end of May 2016. The second review that was to be finished by end of September, still drags with the government hoping that it will be done by early December, in time for the last 2016 Eurogroup.
Then Tsipras got rid of ministers who were generating conflicts in Greek society. Nikos Filis, for example, was kicked out of the education ministry because of his ongoing clash with the Church of Greece over religion lessons in schools. Note here that Filis came first in the SYRIZA conference vote, exactly because he clashed with the Church. Nevertheless, Tsipras closed the front with the Church of Greece. Despite the nagging he will probably receive from the party’s leftist core.
Then he removed Theodoros Dritsas from the ministry of shipping. Dritsas was opposed to the privatization of the Piraeus Port. In fact he was making negative comments about the privatization the moment he was signing the sale documents.
At the same time, he protected other ministers who were connected to public outcry, by putting them in more “quiet” and “safe” ministries. This was the case with Skourletis. Tsipras also protected former sports deputy Stavros Kontonis, who had made numerous enemies with his insane decisions to stop the football league and Greek football cup, supposedly to stop violence and corruption in sports. His job was to solve problems that he had created himself, and he was very successful at that. He was rewarded with the justice ministry portfolio. Labor minister Giorgos Katrougalos who recently faced the wrath of pensioners after slashing their pensions, was moved to the seat of deputy foreign minister. He is safe there. His replacement, 31-year-old Efi Achtsioglou, will have to deal with pensioners now.
As for the creation of new ministries, such as the digital policy, administrative reconstruction, migration policy ministries and the autonomisation of the energy, environment and tourism ministries, it was aimed at rewarding more of Tsipras’ buddies. By appointing younger people and removing older politicians, he sends the message to younger voters.
Tsipras’ right hand, Nikos Pappas, responsible for the television license tender fiasco, is given a new ministry, the digital policy, telecommunications and information ministry, a title that is more likely to give him an excuse to insist on his controversial bill on broadcast licensing.
Furthermore, the new ministries will create more job positions for SYRIZA voters, something that Tsipras needs as he sees his party sliding in polls.
However, the cabinet overhaul doesn’t mean much to the suffering Greek society. And it is unlikely that the percentage of those dissatisfied with the government performance would drop lower than the 85% that it is now. The smiles of the new ministers and Tsipras’ optimistic announcements are not enough to cheer up a disgruntled society.