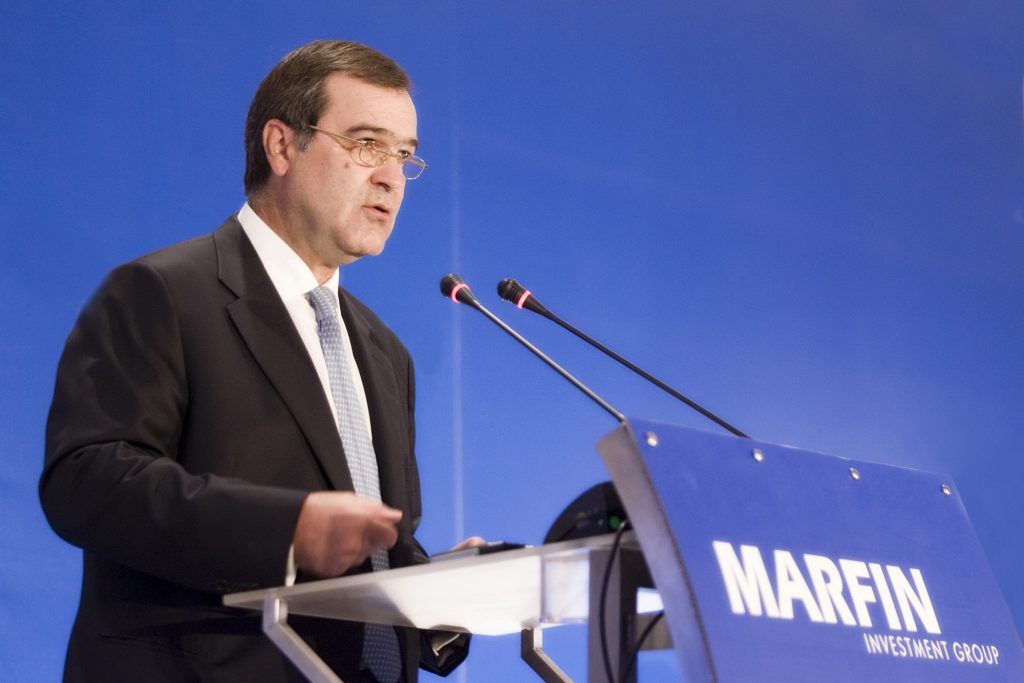 Prominent Greek businessman Andreas Vgenopoulos, founder of Marfin Investment Group (MIG), died of cardiac arrest at 3:30 a.m. on Saturday.
Vgenopoulos, who was also Chairman of the Board of YGEIA hospital in Athens, came to the limelight recently after an exchange of law suits with Supreme Court President Vassiliki Thanou. The businessman had accused the judge of trying to blackmail him.
Born in Athens in 1953, Vgenopoulos studied Law at the Athens University Law School and founded the Vgenopoulos & Partners law firm. In 1998 he started his involvement in the investment and banking sector, creating one of the largest business groups in Greece.
MIG soon became an international holding company based in Greece with a strong presence in Southeast Europe. The MIG investment portfolio includes Vivartia, a dairy and frozen foods company; shipping company Attica Group; YGEIA Group for health services; Singular Logic, Greece’s largest company in IT solutions; Croatian tourism company Sunce (Bluesun); and RKB real estate company in Serbia.

In addition, Vgenopoulos was a Greek champion in fencing and competed in international sport events, including his participation in the Greek team in the Munich Olympic Games in 1972.