The Refugee Crisis in Numbers: More Than 16,000 Trapped on Aegean Islands 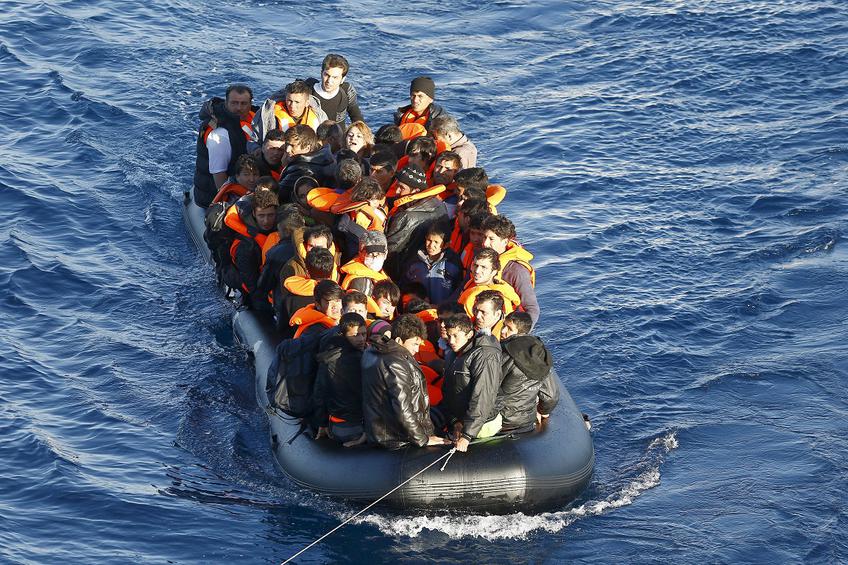 UNHCR, the UN refugee agency documents that there were 169,993 arrivals in Greece by sea in 2016, compared to 85,723 arrivals in 2015. From these 87 percent were from the world’s top 10 refugee-producing countries (Syria and the Arab Republic, Afghanistan, Iraq, Pakistan and others). The agency is concerned about the increase. Every year, these movements take a toll on human life.
From the 18,000 people that arrived in Greece since April, at least 49 died, show UN figures. So far, 2016 has been the deadliest year in the Mediterranean for refugees attempting the perilous journey with 3,740 lives lost at sea. The majority of the death toll is between North Africa and Italy, however, the situation is worsening in Greece as greater security creates more perilous routes.
On Friday morning, there were 16,021 trapped on the Aegean islands, of these 13,222 are in the North Aegean. Though the flow over the last 24 hours had diminished somewhat for the first time in 15 days, there were 61 arrivals on the island of Lesbos, 16 on Chios and 79 on Samos. The 156 new arrivals raised the  figure of migrants to 16,021. People awaiting entrance into Europe are at 6,082.
In Chios, there are 4,165 following the arrival of 16 new refugees, while Samos reported a figure of 2,695 following the new arrivals.  On Leros there are currently a total of 796 refugees, Kos 1,965, Kalymnos 6, Rhodes 236 and Megisti 76.
German newspaper Bild signals concern regarding the 62,000 refugees currently in Greece, with the number of refugees at the Greek border with Syria skyrocketing to 6,300 from 2,000 last July.