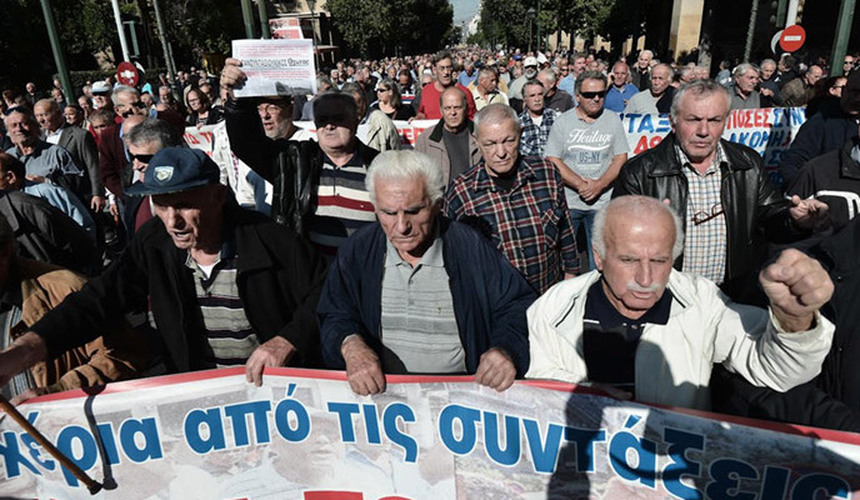 Thousands of angry pensioners gathered on Thursday morning at Kotzia Square in central Athens to protest their slashed pensions, burning the letters sent to them by the labor ministry.
The pensioners, through their federation representatives, wanted to return the letter that was sent to them by Labor Minister Giorgos Katrougalos explaining the reasons why there were such deep cuts in their supplementary pensions. 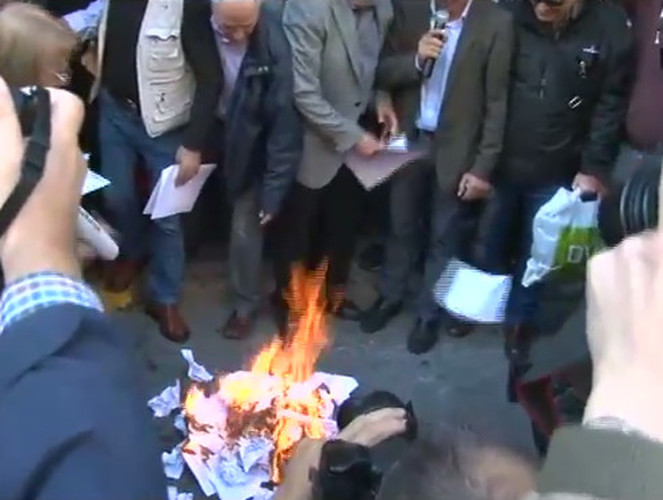 The rally moved outside the labor ministry shouting angry slogans at Katrougalos. Many demonstrators expressed their dismay and anger at the labor minister by burning the letter that was sent to them. They also demanded that Katrougalos come down and talk with them.
“Through this letter they even ask us to thank them for the cuts,” the president of the Federation of IKA Pensioners, Dimos Koubouris, told reporters. “Supplementary pensions have dropped by 82%, the main pensions have dropped by 45%, bonuses are a thing of the past, while they are in the process of abolishing the (supplementary pension for low incomes) EKAS. The above cuts are added to the cuts in welfare spending, health, medication, medical exams,” he said.
After sending the letter to pensioners, Katrougalos had stated publicly that pensioners will see raises in their pensions as soon as the economy recovers.
As of Wednesday, 250,000 beneficiaries of supplementary pensions saw their slashed pension being reduced even more, after the government subtracted the cuts retroactively, since the decision for pension cuts went in effect in June. The average reduction in supplementary pensions is 20%, but in certain cases, depending on particular security funds, cuts were as high as 50%.
In any case, the minimum cut in supplementary pensions is set at 50 euros. Given that for many pensioners the supplementary pension they receive is a little over 100 euros, which means that their supplementary pensions were cut almost in half.
Meanwhile, a total 60,493 retirees are in line to receive main pensions from IKA, the Social Security Institution, and another 61, 654 are in line for supplementary pensions from the Fund, according to IKA President Giorgos Kyriakopoulos.