GRNews
GreekReporter.comEnvironmentAnimalsMore Than One in Four Stores in Athens Has Closed Down During... 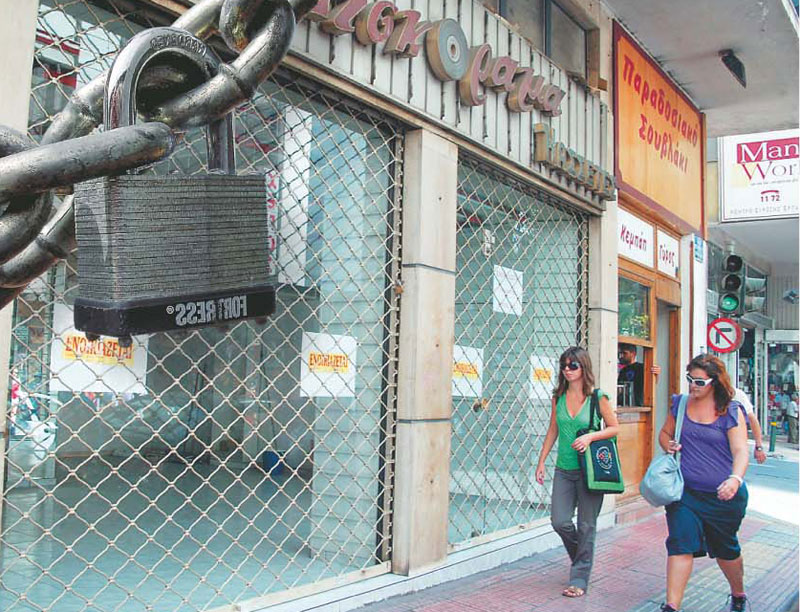 Retail stores in Athens continue to shut down due to the prolonged recession, with the percentages of closed shops in some areas exceeding 40%.
According to data by the Institute of Trade and Services of the Hellenic Confederation of Commerce and Entrepreneurship (ESEE), the total number of stores that were forced to shut down increased in the past six months, albeit marginally. However, the overall number after the onset of the economic crisis is high.
Attica neighborhoods that once had very active and successful business zones now see four in ten shops with their shutters down. Kallithea, for example, a neighborhood that was full of life, now sees the highest percentage of closed businesses (43.5%).
At the same time, recent Hellenic Statistical Authority (ELSTAT) figures show the turnover index declining by 3.1% in August compared to August 2015, while volume of sales dropped by 2.6%.
In September, the total percentage of shops that closed down across Greece is 28.1%. In Athens, the percentage stands at 26.4%, but there are significant differences in the four major shopping areas of the capital’s center. In the most commercial spot, which is the tourist center of Athens, the number of closed shops is 22.3%, the lowest among the four main commercial zones.
In Exarcheia, a neighborhood marred by anarchist groups that often vandalize businesses, the percentage of stores that shut down is 34.6%. The two main roads adjacent to Exarcheia — Harilaou Trikoupi and Hippocratous — are the streets with the most padlocks in central Athens (43.1% and 37.4%) respectively.
The main Athens avenues that connect Syntagma Square to Omonoia Square — Stadiou and Panepistimiou streets — also show high percentages of closed shops (33.1%).
The ESEE report also shows the widening of the gap between “poor” and “affluent” areas. On the one hand there are the “lower class” neighborhoods such as Kallithea and Peristeri with the closed shop rates at  43.5% and 29.7% respectively. On the other hand, there the rich suburbs of Glyfada and Kifissia where the percentages are only 10.7% and 18.1% respectively.