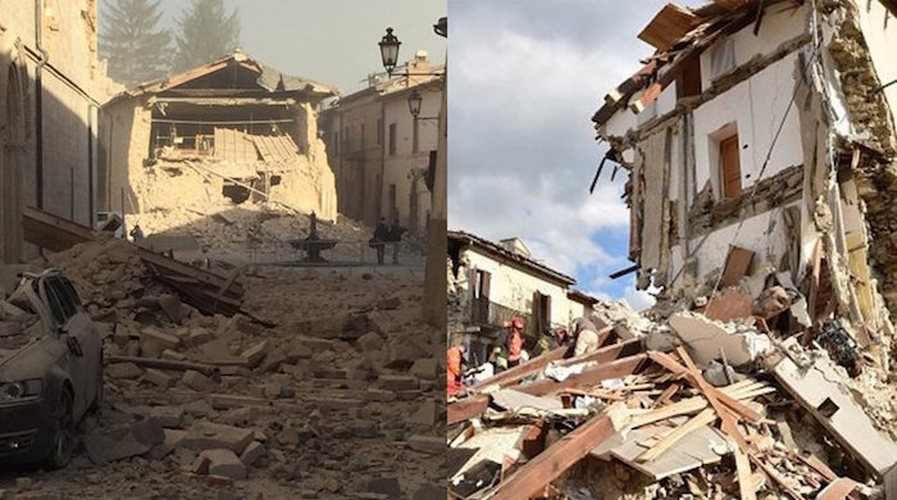 Greece’s foreign ministry on Sunday expressed the country’s support and solidarity with the Italian people, in the wake of a destructive earthquake that once again struck central Italy on Sunday morning.
National Defence Minister Panos Kammenos contacted his Italian counterpart Roberta Pinotti, expressing Greece’s readiness to provide assistance if it is requested. “We express our solidarity with the fraternal Italian people in the difficult times they are going through after the destructive earthquake,” the foreign ministry said in two tweets, posted in Greek and Italian. “Esprimiamo la nostra solidarietà al fraterno popolo italiano in questi difficili momenti di terremoti @ItalyMFA #ItalyEarthquake #Terremoto”.
The defence minister ordered that a Hellenic Air Force plane be put on standby, in case a rescue team has to be flown at short notice to Italy to provide assistance, acting on instructions from Prime Minister Alexis Tsipras.
According to Greek seismologist Gerassimos Chouliaras, head of research at the Athens Geodynamic Institute, the intense seismic activity in central Italy is “unprecedented” and alarming. Talking to the Athens-Macedonian News Agency (ANA), Chouliaras noted that it was the third consecutive earthquake of magnitude 6.0 or above since late August and indicated successive ruptures in three sections of the rift in the broader tectonic region of the Apennines.
The professor did not rule out the possibility of another magnitude 6.0 earthquake or above, noting that such unprecedented stimulation was a rare phenomenon “but nothing can be ruled out in nature.” A major part of the problem, he noted, were the large numbers of old houses in the region, whereas similar earthquakes in Greece are less destructive because of newer, more earthquake-resistant buildings.
He also ruled out the possibility that the earthquake activity in Italy might activate rifts in Greek regions, noting that the range for such activation was no more than 100-200 km.
(source: ana-mpa)