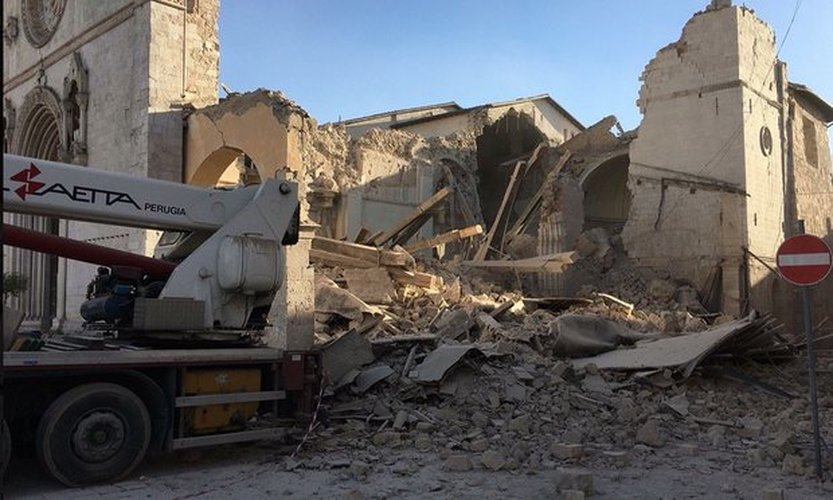 Italy was rocked by a 6.6 magnitude earthquake whose epicenter was 68 km south-west of Perugia, close to the town of Norcia, at 7:40 on Sunday morning. The quake struck at an area that was already suffering in the aftermath of two successive earthquakes on Wednesday night.

“It’s a disaster, a disaster!” said mayor Marco Rinaldi. “I was sleeping in the car and I saw hell.” Many people were sleeping in cars or had been evacuated to shelters or hotels in other areas following aftershocks on Wednesday from the August Earthquake in the region.

This time, the quake was large enough to topple Norcia’s Basilica of Saint Benedict. Firefighters rescued nuns from the area. The monks of the devastated Saint Benedictine church pointed to people trapped in the town’s square, and parts of Arquata del Tronto and Ussita were flattened.

A Greek man in Rome described moments of panic. “We felt it in Rome for 4 to 5 seconds at 7:41. Houses and chandeliers moved. Most of us and Italian neighbors took to the streets afraid,” said Mr. Rellias.

In Rome, authorities suspended the Metro, as the impact of the quake was felt in the region. The quake was also felt strongly over the border in Croatia and Slovenia.