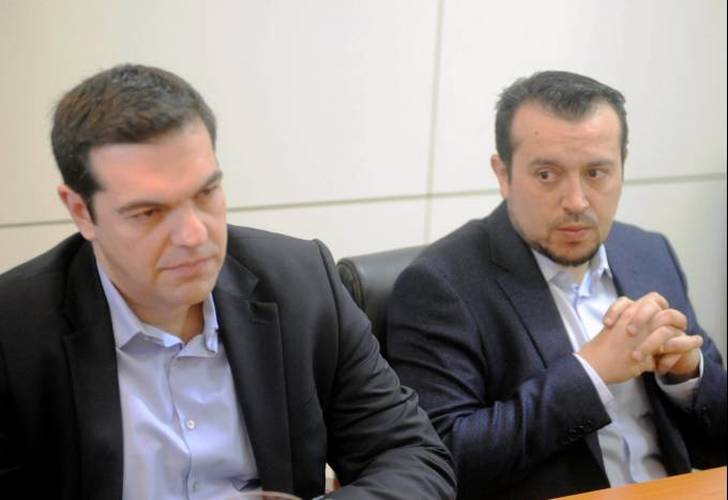 Greek opposition parties attacked the SYRIZA-ANEL government, and State Minister Nikos Pappas in particular, after the Council of State ruled that the broadcasting licensing law is unconstitutional.
Main opposition party New Democracy announced that the shady efforts of the government to interfere with the judges of the highest administrative court and the attempt to blackmail the court’s vice president show that the Tsipras administration has no respect for the judicial body and independent authorities.
Furthermore, New Democracy spokesperson Giorgos Koumoutsakos commented on the official statement by government spokesperson Olga Gerovasili, who criticized the court’s decision and spoke badly of the judges.
The conservative party line is that after this defeat in trying to go against the Constitution, the SYRIZA-ANEL coalition should step down and call for early elections. Koumoutsakos said that after their defeat in their so-called battle against corruption where they used foul methods, their plan to control the media was exposed to the eyes of the people.
PASOK leader Fofi Gennimata said that the Council of State decision was a victory of the law against the authoritarian practices of the government that tries to establish a regime. It was also a victory for freedom of information. She also asked for the removal of Pappas.
To Potami made an official statement saying, “We had warned the government to not try to violate the Constitution in order to set up a controlled environment in mass media.” Party leader Stavros Theodorakis also asked for the removal of the state minister who drafted the unconstitutional bill.
The Centrists Union issued an official statement saying that the Pappas bill was a fatal mistake for the government. It also says that the Council of State decision was expected because the judges “do not play with the law and the Constitution.”