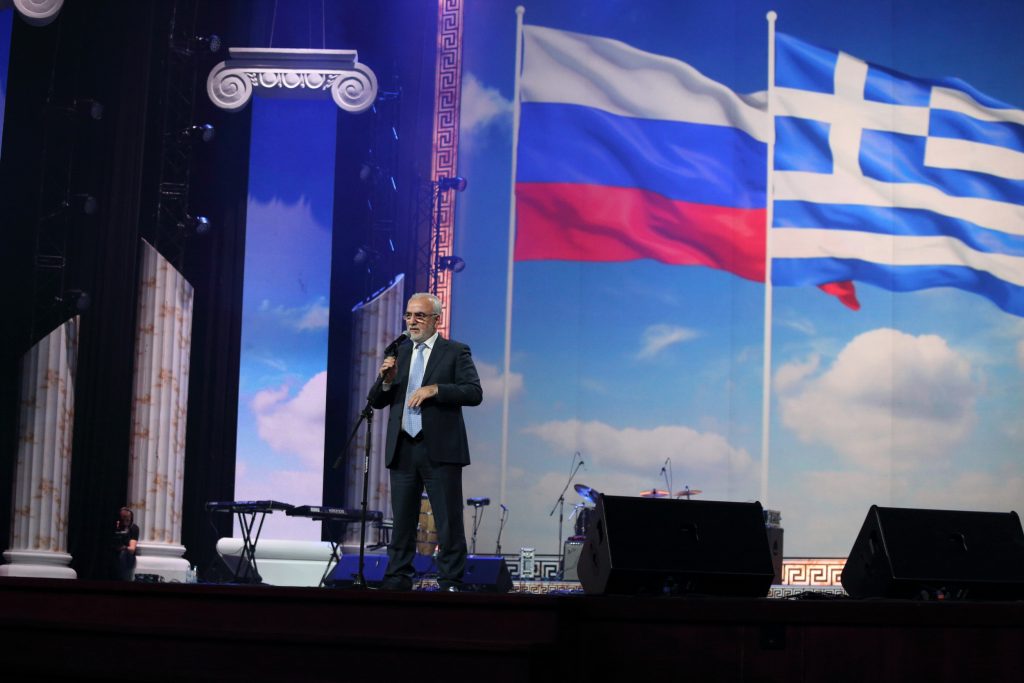 Businessman Ivan Savvidis, one of the four broadcasting licensees, criticized the Greek government license auction practices and the possible outcome of the pending Council of State decision.
Savvidis spoke during an event that culminated the year celebrating Greece-Russian relations on Monday evening in Moscow. After the event he spoke to reporters, wondering aloud about the curious situation regarding the Greek government’s effort to reduce the number of nationwide broadcasters by auctioning only four licenses. Currently there are six nationwide stations, two of which received a license and there will be two new ones, with Savvidis’ station being one of them.
If the Council of State rules that the bill the Greek government is trying to pass is in line with the Greek Constitution, then four television stations will shut down, with an estimated 2,000 jobs lost.
“I don’t understand what exactly is happening in Athens. It is a tragic situation,” Savvidis told reporters, adding that “it is not serious to judge the constitutionality of the bill, having already completed the process of tenders for the acquisition of four television licenses.”
Savvidis said that he paid good money for the license, which will be returned with the appropriate clauses, if the Council of State decides the bill is unconstitutional, adding that he will respect the court’s decision.
Commenting on the auction procedure, the businessman said, “Yes I made zero offers. There was no term on the competition that forbids that.”
Savvidis also said he is considering buying an existing station that did not receive a license or collaborate with its management and staff. If that doesn’t work out, he said, he is willing to build a new broadcasting station from scratch.
The event’s highlights were when the most popular Greek singer, Sakis Rouvas, danced syrtaki with dozens Russian dancers and when he sang his Eurovision hit “Shake It.”
https://www.youtube.com/watch?v=NG03UnqVVuU
https://www.youtube.com/watch?v=179l0KhAB4o