Angelos Poulis, one of the first Greek parkour athletes who has now become a stunt performer and actor in Los Angeles, was featured in the Verizon spot promoting “The Runner”, a go90 original series produced by Matt Damon and Ben Affleck.

Poulis was directed in the commercial by Oscar-winning director Tom Hooper, who won for the film “The King’s Speech”. Hooper is one of Hollywood’s highest-regarded directors; his other movies include “The Danish Girl” and “Les Miserables”.

Obviously top Hollywood names are involved behind the scenes of this production, so you might be wondering what “The Runner” is about?

The program is a new reality competition show on Verizon’s go90, a groundbreaking new media platform that enables shows to be streamed live on customers’ phones. So if you want to follow “The Runner”, which pits several people against each other in a complex race, you can tune in live from your phone and see events unfold in real time.

The commercial, which features Angelos Poulis racing, leaping over fences, and jumping into moving cars, was aired all over the US. If you were watching cable TV, went to a movie theater, or looked on related Internet sites over the summer of 2016, chances are you saw Angelos performing his incredible stunts on the screen.

Before moving to the US, Poulis took part in several high profile commercials and music videos in Greece, such as Vegas’ “Pio Psila” video and spots for Peugeot. Keep an eye out for this upcoming new stunt performer in future Hollywood productions. 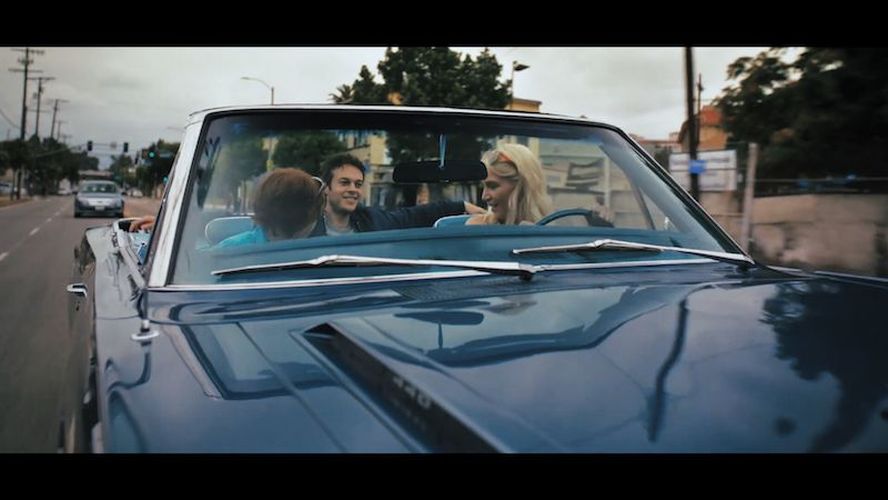