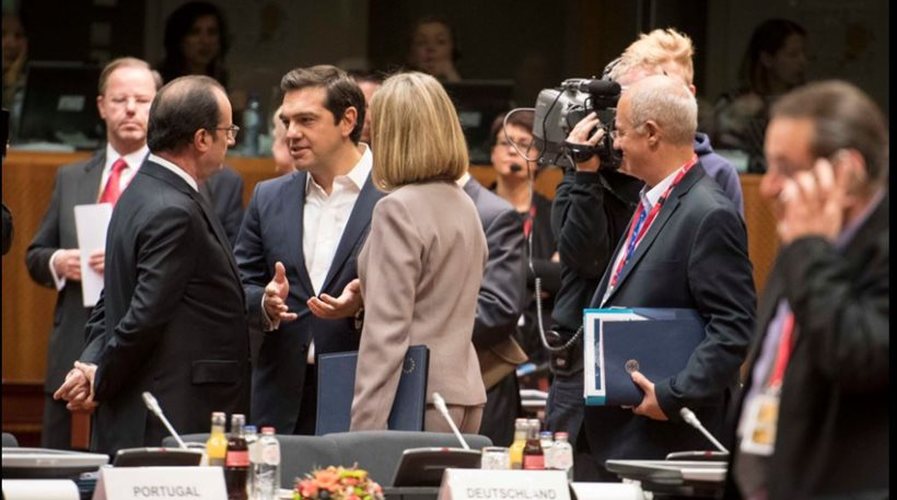 Prime Minister Alexis Tsipras asked for effective help from European partners on the refugee problem instead of flexible or optional aid, during his speech at the European Council in Brussels on Thursday.
According to government sources, Tsipras said that “Greece is carrying all of Europe’s burden on the refugee issue,” adding that out of the 66,000 refugee relocations Greece was to make to other EU member states, only 5,200 have been carried out.
“We didn’t make the EU-Turkey deal to stop the flow of refugees, but to replace the illegal flows with legal flows. If some people want to seal off all flows, then this is against our common principles,” he told EU leaders.
Regarding the common European asylum system, the Greek prime minister said it is “unacceptable” because it doesn’t foresee a distribution of migrants but burdens solely the countries of first entrance.
He also said the EU must give Turkey a clear answer about the visa issue so as not to allow Turkish President Recep Tayyip Erdogan to have excuses to not uphold the agreement. On the visa issue, he also said EU must not hold “double standards for Cyprus.”
Today (Friday), Tsipras will meet with French President Francois Hollande at 10:00 am and with German Chancellor Angela Merkel at 10:30 am. The time of the meeting with President of the European Commission Jean-Claude Juncker has not yet been set.