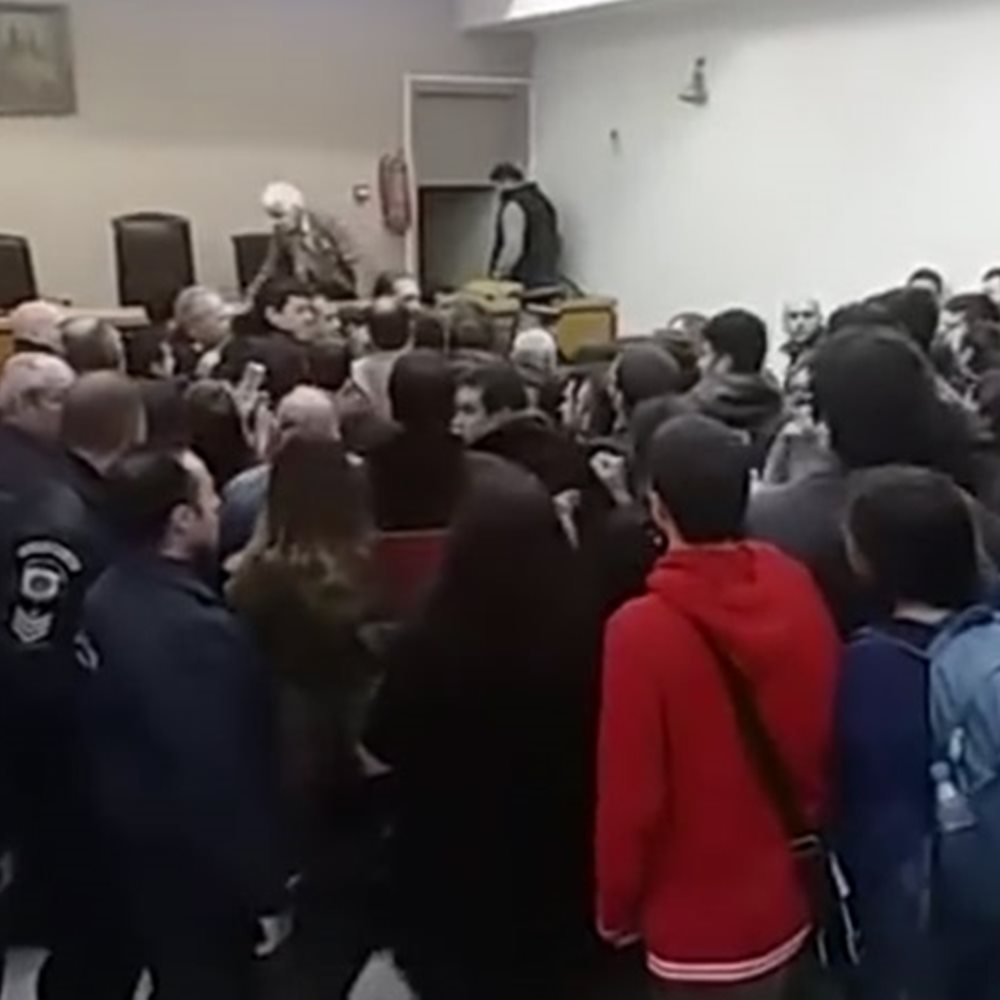 Protestors stormed into the County Court of Thessaloniki on Wednesday during the auction of a field in the region of Chortiatis. Around a hundred protestors managed to break through the police lines at the court and stormed into the hall where the procedure was taking place, shouting slogans. “Shame! Liar! You can’t auction off land!” they shouted.
Amid shouting and abuse, there was a confrontation between the protestors and the president of the Notaries Union of Thessaloniki, Ioanna Hrousala-Bilisi. She showed protestors the license to hold the auction, however, fled from the courthouse after protestors became outraged upon seeing the document and stating that it was a bank document that she had added her seal to for the purposes of showing it to them. They called for the police to come and arrest her.
As a result of the tension, the auction was canceled and the protestors left.