TechNews
GreekReporter.com Greek News Education Archbishop of Greece to Government: 'We Will Not Deliver Our Homeland and...

Archbishop of Greece to Government: 'We Will Not Deliver Our Homeland and Faith to You' 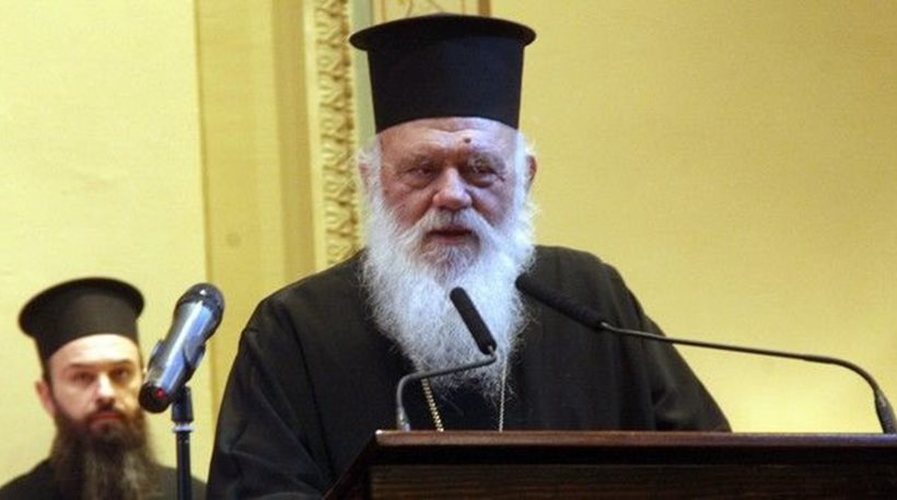 Archbishop of Athens and All Greece Ieronymos unleashed a scathing attack against the government and the political world during a speech in Livadia, central Greece, on Monday evening.
The content of the speech came in the aftermath of a radio interview by Education Minister Nikos Filis on Monday morning. Filis said that the Greek Left in government wants the separation between Church and State.
The education minister and the Archbishop have an ongoing argument over the proposed changes in religion courses in Greek schools. Filis has stated that despite the fact that the ministry was in consultation with the Church of Greece on the issue, the final decision on education matters belongs to the State and his ministry.
During his speech, Ieronymos challenged the government to not mess with Greece’s religion. “You may have sold out Greece’s treasures, our trains, our ports, but we will not hand over to you our homeland and our Orthodox faith,” he said.
Speaking about the economic crisis, the Archbishop said that, “these are hard times and all people are suffering. We need to be clear on what we want, what kind of family we want, how we want our children to be, how we want to live tomorrow, what kind of vision we have,” and added, “It is time we all need to wonder: Should we start supporting individuals instead of political parties?”
Archbishop Ieronymos also referred to the refugee crisis calling on Greeks to help the refugees whose country is bombarded without being responsible for it.