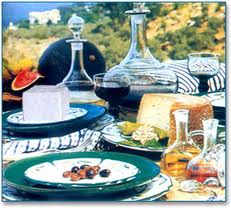 More than 200 Greek businesses from the agricultural and food sector are at SIAL Paris 2016, the biggest annual international food and beverage exhibition. The Greek presence, organized by Enterprise Greece, aims to help increase Greek exports to foreign markets.

The Greek delegations are made up of small groups as well as 100 percent Greek export groups with an annual turnover at 100 million euros and presence in countries from North America to Southeast Asia. Participation by Greek regional industries is noteworthy, including a delegation headed by the Regional Governor of Central Greece (Sterea Ellada), Kostas Bakoyannis.

“Regional areas encourage and support an opening of new markets for producers that can make achievements abroad and become models worth following,” he said.

Enterprise Greece Director Christos Staikos said that Greek business is outward-looking with the promotion of products, exploitation of opportunities and interest in increasing investments. On his part, Enterprise Greece Managing Director Velissarios Dotsis said that the message of this year’s participation at the SIAL Paris fair is, “Invest in Taste,” stressing that those who choose Greek products essentially put their money on taste, quality and life itself.