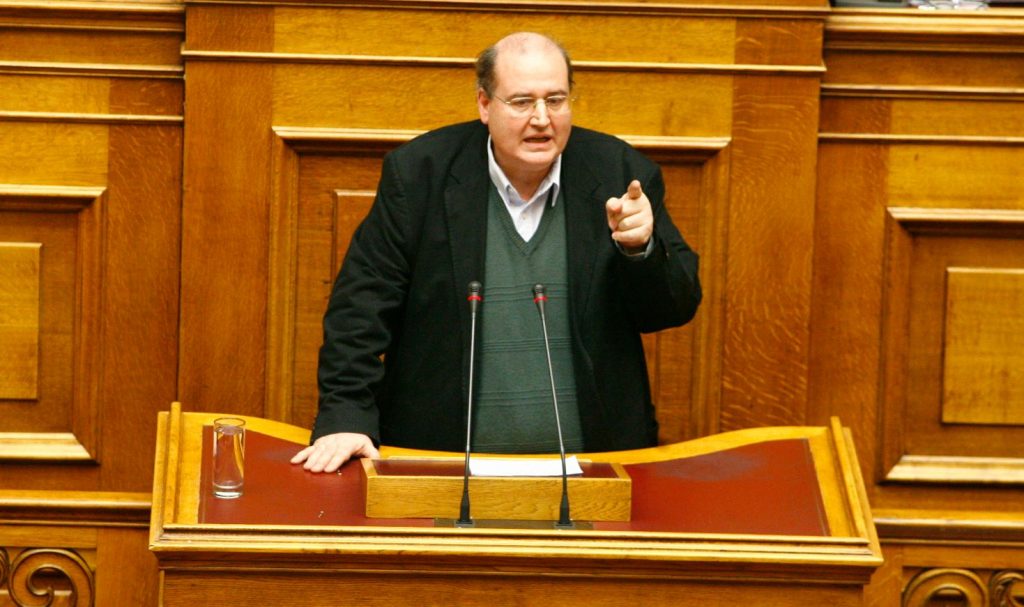 Education Minister Nikos Filis said that the government must take steps to promote the separation of Church and State.
The minister has been under fire lately by the Church of Greece and opposition parties for planning to change religious lessons in Greek schools. Even junior coalition partner ANEL, through leader Panos Kammenos, announced that religious classes should not change.
Currently, religious lessons revolve around Christian Orthodoxy. Filis aims to change that and teach all faiths around the world.
Fresh from his victorious showing in the SYRIZA Conference elections, where he came second in number of votes for the party’s Central Committee, Filis said that he has the strong backing of his party and Greek leftists.
Speaking to Real FM on Monday, Filis said that, “Leftist folk have for years been nurtured [with the idea] and political conviction that steps must be taken in what is known as separation of Church and State.”
Speaking of his ministry’s plans to change the content of religious studies so that they enable pupils to learn about other faiths, Filis said the government is open to further discuss the issue with Church officials.
“First of all we don’t want a confrontation and we are not in a confrontation with the Church,” Filis noted.
“That said, there is no question about who is the one who decides. The state has the final say on this. It won’t be a joint decision,” he said, reiterating his position that what is taught in schools is a matter of the education ministry and the State and not of the Church of Greece.