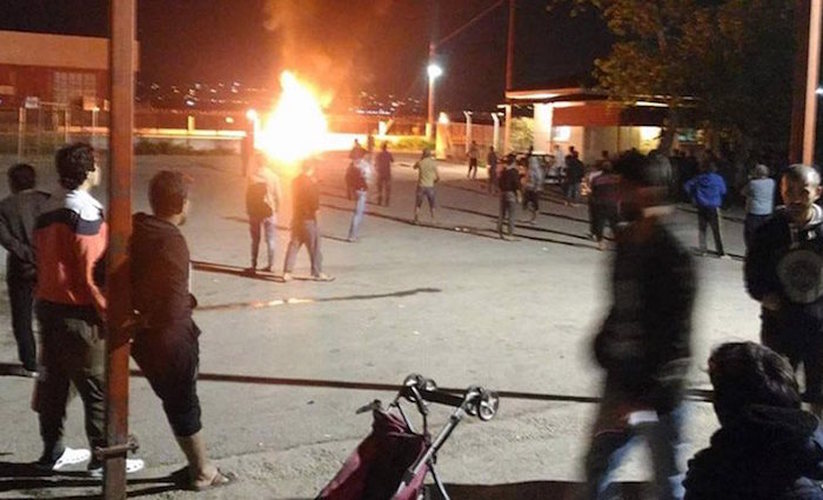 On Sunday, Riots broke out late in the evening in the northern Greek city of Thessaloniki outside of Oreokastro Migrant Camp which accommodates some 1,300 refugees.
According to Greek authorities, refugees who are residents at the center flooded the streets in protest over a 35-year-old refugee Kurdish woman and her 10-year-old son were struck and killed by a car earlier on Sunday.
Tension escalated as the camp residents claimed that they asked the police to take the woman and her son to the hospital in their patrol car following the accident and they refused, the AP reports.
In reaction to their anger against authorities, refugees blocked the road outside of the camp, threw rocks at the police and set fire to two police vehicles. The police, in turn, fired stun grenades and tear gas at the crowd. There were no arrests or injuries reported at this time.
There are unconfirmed reports that a 76-year-old driver has been arrested in association to this incident. No further information is available at this time.