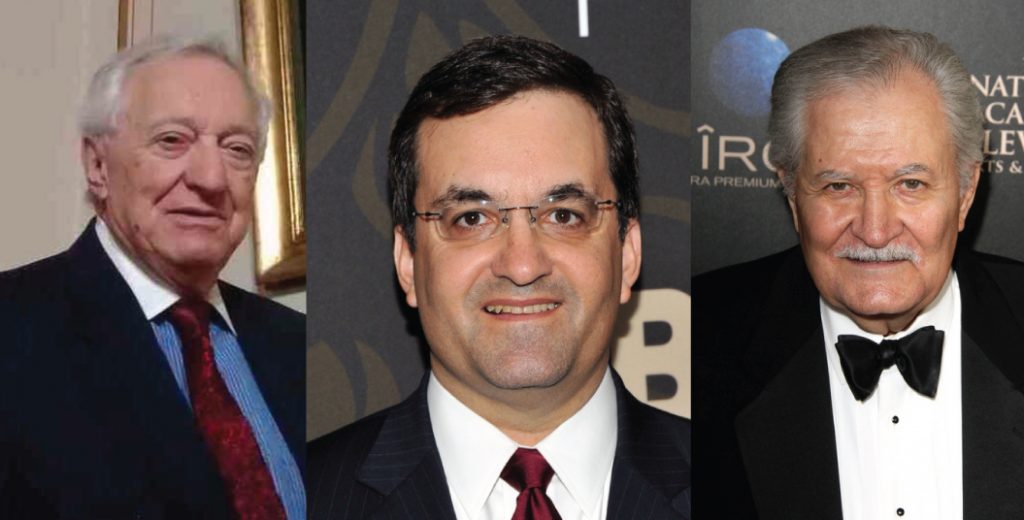 Watch an interview with George D. Behrakis on his Philanthropy:

The weekend took place at the JW Marriot in Summerlin, Nevada Oct 7-9 and brought together an esteemed group of Greek Americans for a weekend of fun and paying tribute to their heritage. 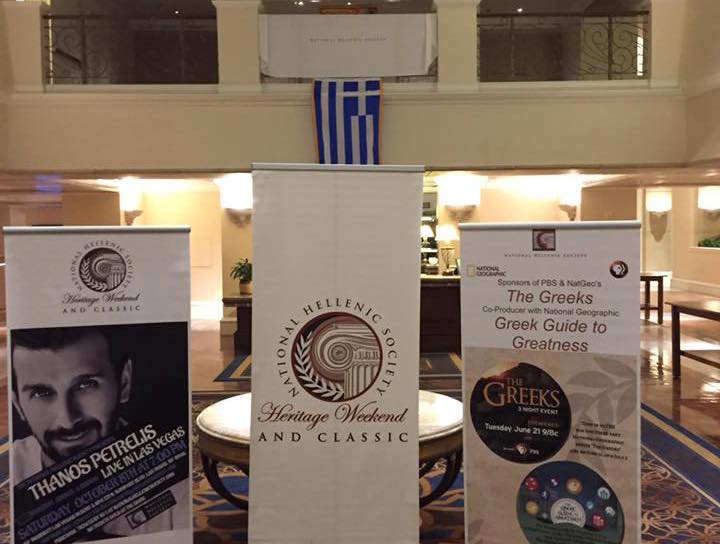 Throughout the weekend, a who’s who of renowned voices covered such topics as heritage and culture, science and medicine, sports, foreign policy, and the Presidency. Twenty five speakers included such notables and leaders as Dr. Panos Anastasiadis, a leader of a cancer research team at the Mayo Clinic; Panos Anastassiadis, one of the world’s leading cyber intelligence and risk security experts following his role as President, CEO of Cyveillance, Inc.; James Anastos Daopoulos, Official and Supervisor of Officiating for the NFL for over 20 years; Paul Glastris, Editor in Chief of The Washington Monthly; Michael Karzis, Emmy Award-winning producer at CBS 60 Minutes also celebrated by Greek Americans for his behind-the-scenes two-part series with the late Bob Simon at Mount Athos and interview with His All Holiness, Ecumenical Patriarch Bartholomew; Dr. Stamatios M. Krimigis, Emeritus Head and Principal Staff Scientist of the Space Department of the Johns Hopkins University Applied Physics Laboratory directing over 600 scientists and engineers; Elizabeth Lee, archaeologist and Managing Director of CyArk, an international non-profit organization that captures, archives and enables virtual access to the world’s cultural heritage; The Honorable Andrew Natsios, Professor at Texas A&M University’s Bush School of Government and Public Service and the Director of the Scowcroft Institute; Ambassador John Negroponte, Professor at Yale University, Ambassador Negroponte served as the nation’s first Director of National Intelligence during the aftermath of the 9/11 crisis and ensuing war in Iraq and Afghanistan; Dr. Nikolaos Scarmeas, Associate Professor of Neurology at Columbia University; Dr. William Noel, distinguished historian overseeing the University of Pennsylvania’s Special Collections Center; and The Honorable Harry Reid, Minority Leader of the U.S. Senate and former Majority Leader and Majority Whip, among others.

The weekend fun included hiking with Dean Karnazes — the Greek-American ultra-marathoner, golfing, and live Greek-music from one of Greece’s favorite singers, Thano Petrelis.

Watch our live interview with Thano on the closing night of the NHS Heritage Weekend: