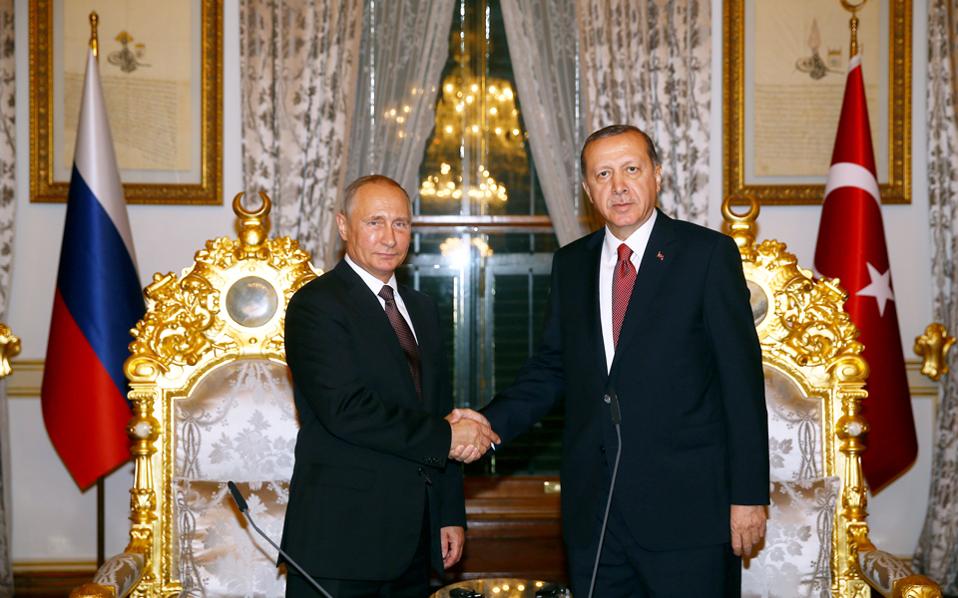 Russia and Turkey have concluded a deal to resume construction of the Turkish Stream natural gas pipeline, according to TASS news agency.
Russian President Vladimir Putin and Turkish President Recep Tayyip Erdogan signed the deal in Istanbul on Monday. In addition to the energy agreement between the two countries, the two presidents discussed the Syrian Civil War, trade and tourism.
According to Gazprom, the first two lines of Turkish Stream should be ready by December 2019.
The two countries had agreed on the project in December 2014. However, Russian-Turkish relations turned sour in November 2015 after the Turkish airforce shot down a Russian military jet that had allegedly violated Turkish airspace. One month later, Erdogan announced the cancellation of Turkish Stream.
According to Moscow Times, the project has an estimated cost of 11.4 billion euros and is planned to consist of four lines, each capable of carrying 15.75 billion cubic meters of natural gas.
Greece could benefit from Turkish Stream
The Turkish Stream gas pipeline will pass under the Black Sea to Turkey. In subsequent phases a line from Turkey to Greece will be constructed, and then the gas will continue overland into Southeastern Europe.
Previously, Greece had expressed interest in participating in the Turkish Stream project. Former energy minister Panagiotis Lafazanis had said that Athens could get 5 billion euros in the long run from the pipeline passing through Greece.
However, the United States oppose the project since they want Europe to stop relying on Russian gas, while Gazprom must comply on EU energy trade regulations. At the same time, neighboring Bulgaria has expressed interest for the Turkish Stream to pass through its soil.