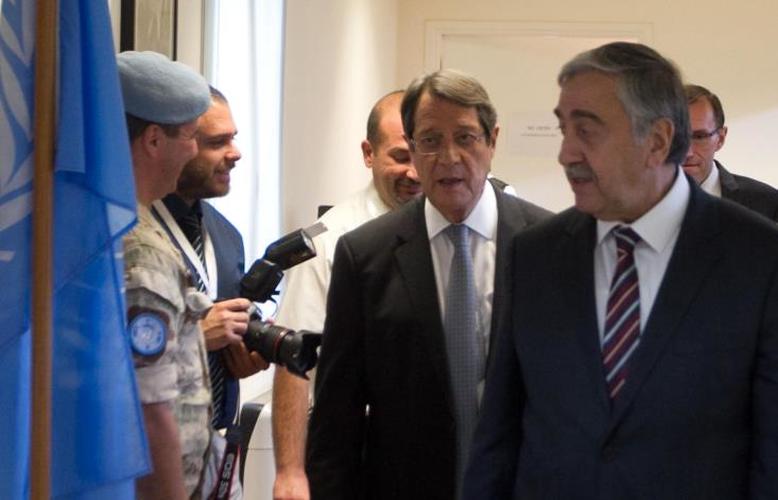 There is no case for an interim agreement to the Cyprus problem, the President of the Republic, Nicos Anastasiades, repeated on Friday.
In his remarks to reporters, following his return to the Presidential Palace from the site of the talks on the Cyprus problem, Anastasiades said, today, he and Mustafa Akıncı, the leader of the Turkish Cypriot community, discussed issues concerning competencies of the central government and of the constituent states.
According to Harry-Zachary Tzimitras Director of the PRIO Cyprus Center, “currently, negotiations for the achievement of a comprehensive solution to the Cyprus issue are intensively pursued by the two sides with the facilitation of the United Nations. It is everyone’s hope that the negotiations will be successful, leading to a permanent solution of the Cyprus problem and a re-unification of the island after decades of division. Regardless of the outcome, however, Greek and Turkish Cypriots will continue to live in Cyprus”.
(With information from CNA)