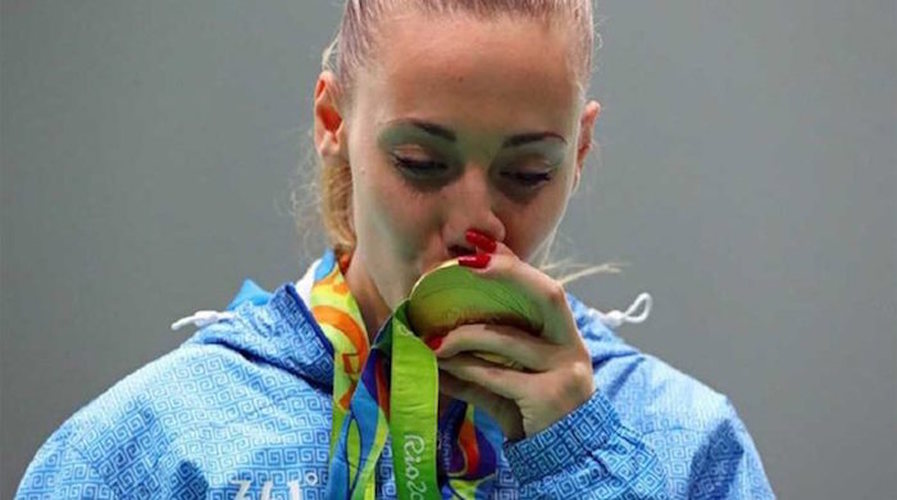 Anna Korakaki, aged 20, rose from obscurity to enter the pantheon of Olympic medalists after winning Gold for the 25m pistol and Bronze in the 10m air pistol at the 2016 Summer Olympics in Rio. And she’s done it again. A day after winning the 25m pistol in the World Championships in Bologna on Friday she won a Silver Medal in the 10m air pistol.
Her win comes within hours of breaking the world record in the 10m air pistol (201). She appeared strong in the finals, and remained in first place before Mexican Alexandra Zavala Velasquez managed to catch up and beat Korakaki in a shoot-out with 9.8 against 9.1.
These are not bad results for a girl who trained in humble makeshift target sites created by her father near the quarries in her home town, Drama. From the ramshackle shed, she shot out into the limelight with Olympic wins against all odds and the whole of Greece backing her. And just imagine? Korakaki wouldn’t have been a shooter at all had she not had a leg injury that didn’t allow her to continue training in track and field events and volleyball. “I had a leg injury and (my father) suggested I join him for target practice and give it a try,” says Korakaki referring to her father, trainer and biggest supporter Tasos Korakakis.