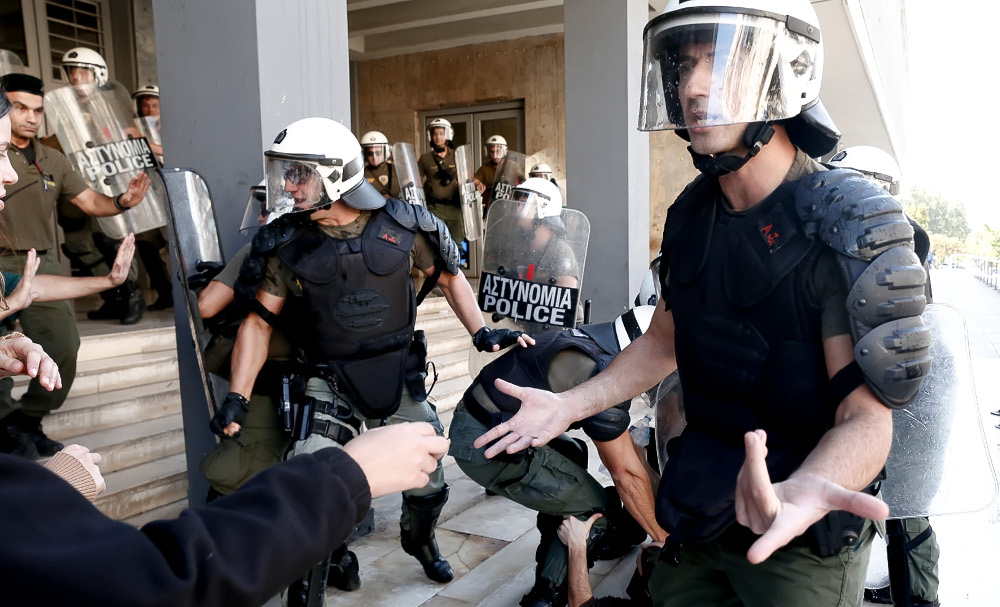 Public uproar over the wave of home auctions for debts to the state continues, with protesters clashing with police in Thessaloniki and other cities
Dozens of auctions are taking place throughout courts in Greece, with many of them being cancelled due to demonstrations and interventions by angry citizens.
In Thessaloniki on Wednesday, protesters clashed with riot police outside the county court where an 80 sq.mt home of a six-member family was auctioned.
Riot police had blocked entry to the court before the auction took place. A police officer told citizens that the prosecutor had decided against the entry of citizens in the courthouse. Angry protesters and supporters of the family tried to enter the court by force and police pushed them away. Angry citizens started throwing water bottles at police and attacked riot policemen with their fists and motorcycle helmets. One man was arrested for attacking the policemen.
A total of 59 auctions took place on Wednesday across Greece, with most of them amid protests and clashes with police. All county courts where auctions were taking place were surrounded by police.
In Heraklion, Crete there were no police and protesters did not allow notaries to enter the country court and an auction was cancelled. “We’ll take the situation in our hands,” they were shouting.