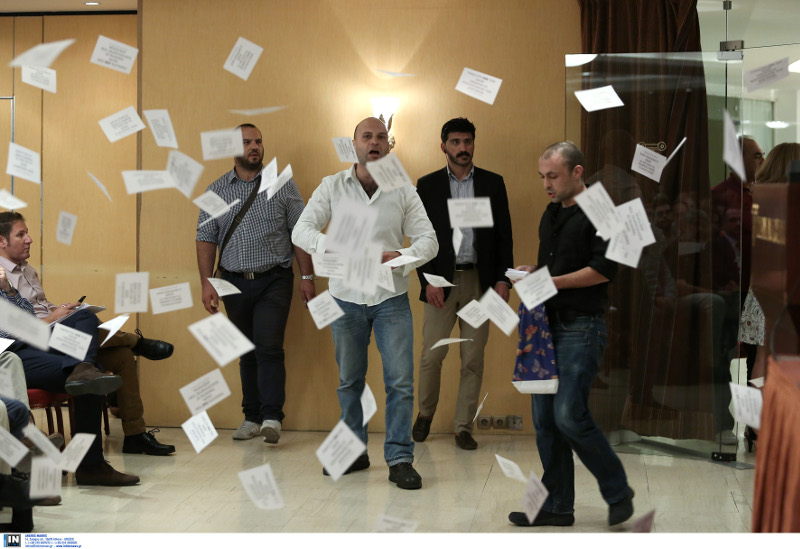 Members of anarchist group Rubicon on Tuesday evening disrupted a SYRIZA conference on Greek economy with key speakers Finance Minister Euclid Tsakalotos and Economy Minister Giorgos Stathakis.
The event organized by the Economic Policy Department of the ruling party took place at a central Athens hotel. The self-professed anarchists of the group were dressed in suits and entered the meeting throwing flyers against the government. Then they left peacefully.
The flyers accuse the SYRIZA leftist government for implementing policies and measures that a rightist government wouldn’t dare to impose.
Later, Rubicon posted a statement on anarchist website indymedia explaining their action:
“In 1998 the leading Italian industrialist, FIAT owner Ganni Anielli said:” There is a kind of a Left that is more useful than the Right. It is the Left that can do everything the Right is afraid to do.”
“At times, the class enemy, with the comfort power gives them, can become cynical. Indeed, let us wonder what does SYRIZA do that the Right wouldn’t do? And we are not talking about a radical socialist reformation program… Abolishing employee rights, privatizations, an entire liberal agenda is promoted by an alleged leftist government,” the post says.