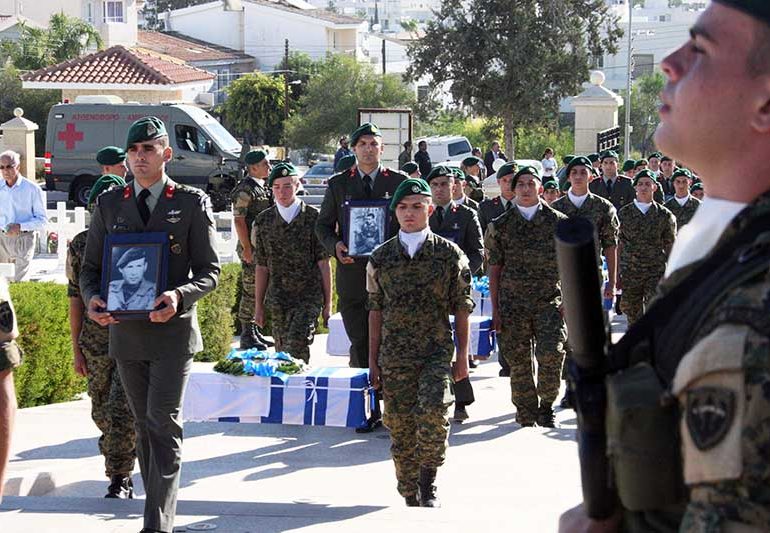 The remains of 16 Greek soldiers killed during a secret mission to support the Greek Cypriot National Guard in 1974 were identified in Nicosia and returned to Greece after an emotionally charged memorial service at the Tomb of Makedonitsa.
The ossuaries, draped in Greek and Cypriot flags with a laurel wreath, each one with a photograph, were laid out for relatives to pay their respects before being flown back to Greece aboard a Greek C-130 aircraft for the burial service. 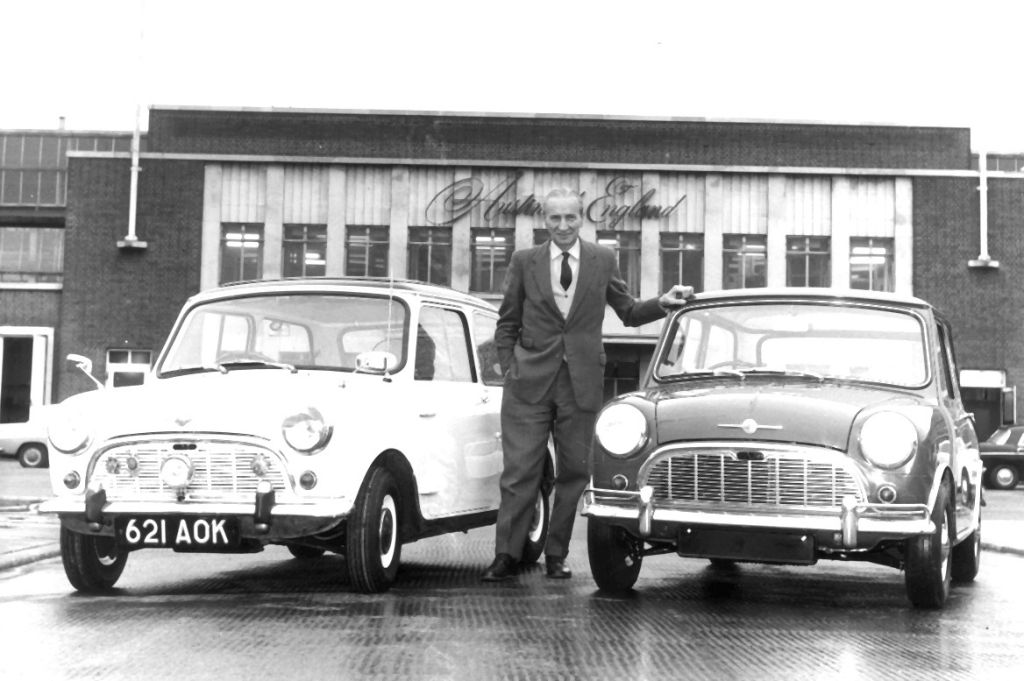 Cypriot President Nicos Anastasiades addressed the service held to pay tribute to the young men, referring to them as “heroes” with “holy remains.” The men, killed as a result of a mistake on July 20, when their Noratlas aircraft was shot down by friendly fire, killing 32 people on board the craft with just one survivor. 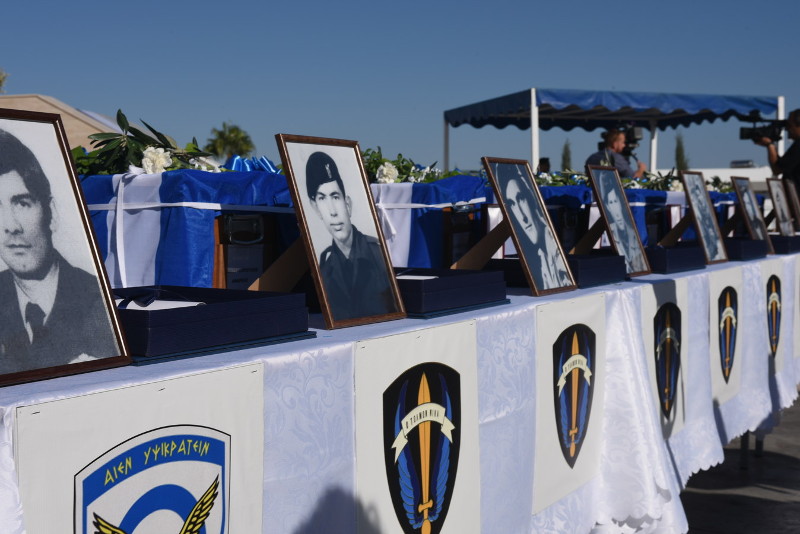 The relatives were given a Medal of Excellent Contribution and awarded certificates signed by Anastasiades as well as honorary plaques offered posthumously to the young men.
The special ceremony, arranged at the military airbase in Dekelia, had the presence of Greek President Prokopis Pavlopoulos, Greek Defense Minister Panos Kammenos and Deputy Minister of Foreign Affairs Yannis Amanatidis. A moment of silence was kept to pay tribute to the men that had lost their lives 42 years ago. 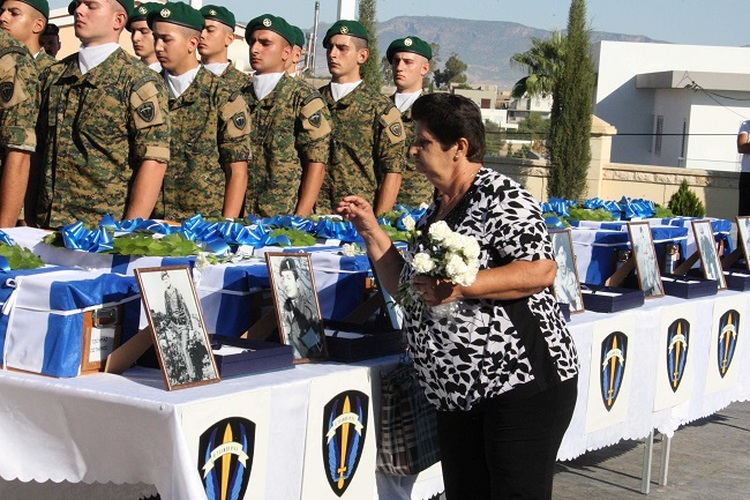