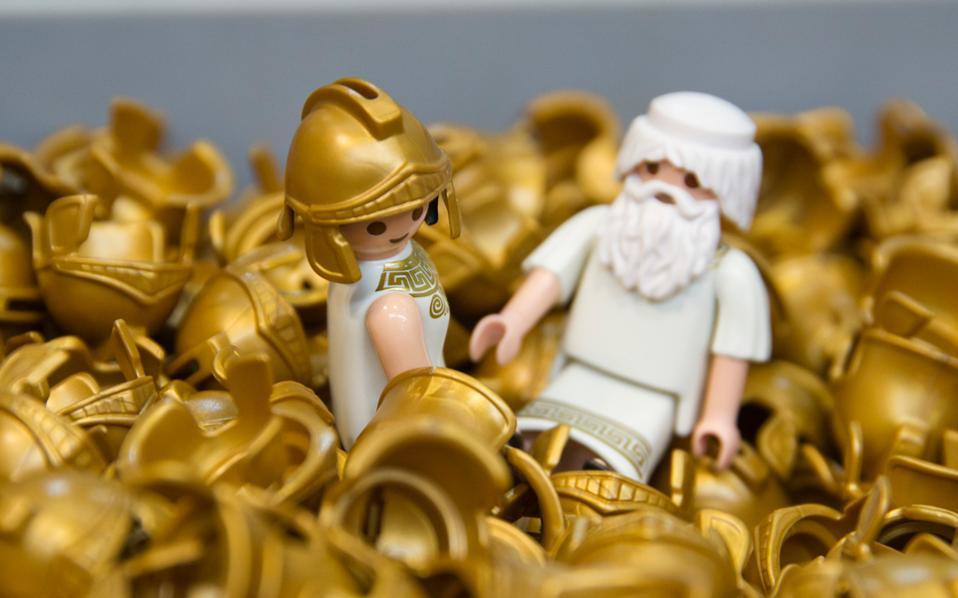 Toymaking giant Playmobil has, for the first time, created Olympian gods Zeus and Athena inspired by Greek mythology. The figures are specifically for the Greek market with proceeds from the sales going toward the ELPIDA association of friends of the children with cancer and its Orama Elpidas volunteer bone marrow donor bank.
The Grecian Olympian models are impressive with Athena decked out in a white chiton with gold details holding a spear and a shield that depicts the Medusa’s head. She is sold along with an owl and snake, symbolic of her wisdom. Her father, Zeus, has a white beard with clothes adorned with gold details holding a lightning bolt and sold along with an eagle that resembles the bald eagle emblem of the United States.
This is not the first time that Playmobil has offered money to support the bone marrow charity with Playmobil Hellas having already offered 80,000 euros to the Orama Elpidas association as part of the Playmobil Play and Give initiative.
Zeus and Athena are available at the Playmobil FunPark in northern Athens, Kifissia, and at toy stores around Greece.