GRNews
GreekReporter.comGreek NewsEducationArchbishop Ieronymos: 'Our Houses Are Burning and We are Singing'

Archbishop Ieronymos: 'Our Houses Are Burning and We are Singing' 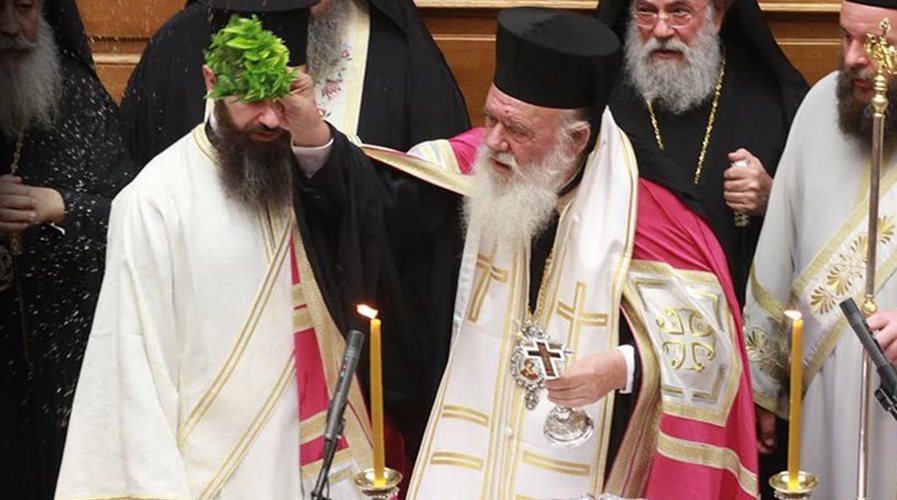 Athens Archbishop Ieronymos addressed Greek Parliamentary Speaker Nikos Voutsis on Monday during the blessing ceremony at the start of the national assembly’s opening session. “Our houses are burning and we are singing, our ship is sinking and sinking for us all. There is great agony for everyone,” he said.
His words, a warning to Greek politicians, were a rare outburst by the head of the Greek church. “We are all on the same branch that is part of a tree with deep rots,” said Voutsis. “We are all at an international crossroad and our children must not live with lower expectations.”
The archbishop took a dig at Education Minister Nikos Filis, advising “prudence” bearing in mind that the relations between the Ministry of Education and the Church of Greece had deteriorated in recent months over proposed changes to the course of religious education in schools. The ministry wants students to learn about a variety of religions rather than view the lesson as an indoctrination of students to the Greek Orthodox faith. Furthermore, the minister has questioned the Greek Church’s role during the Nazi Occupation and dictatorship.