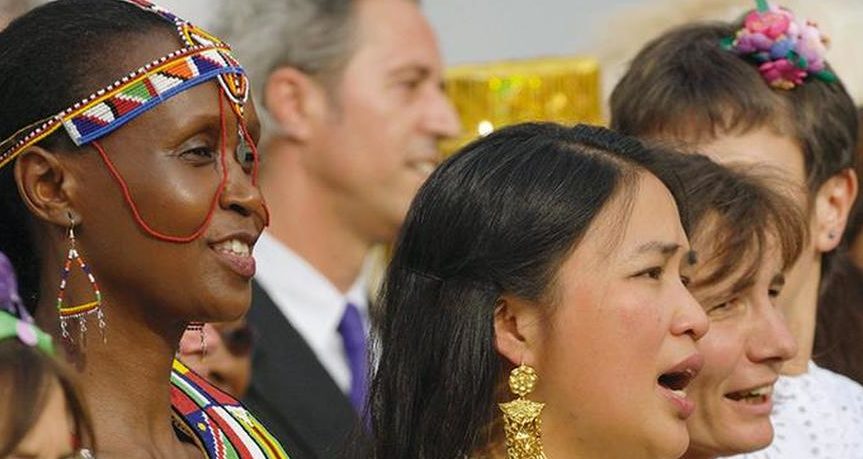 The Deutsche Welle Choir has commenced its seven-day tour of Greece under the theme of reconciliation.
The choir started off in Kalavryta, the town where the Kalavryta Massacre occurred during Nazi Germany’s occupation during World War II, when nearly every male in the town was murdered on December 13, 1943. They will also tour the Greek island of Milos where there is a small museum exhibiting WWII artifacts.
The person behind this tour’s theme is Deutsche Welle’s Irene Anastassopoulou. As part of the experience the 50-member choir plan to visit the Holocaust Museum in Kalavryta and will speak with a 90-year-old surviving witness to the massacre itself.
Anastassopoulou hopes that the choirs presence in Greece will serve as “small yet subtle contribution to nurturing German-Greek relations,” she told dw.com, adding that the recent financial crisis burdening Greece has served to reopen old wounds that have “painstakingly filled up over the years,” fueling friction and resentment between the two countries.