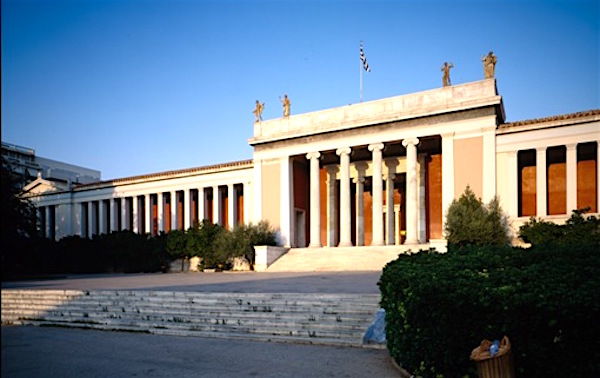 The National Archaeological Museum is celebrating 150 years since its opening and is hosting a series of events and exhibitions to mark the occasion.
President Prokopis Pavlopoulos will inaugurate a year-long exhibition titled “Odysseys” on October 3, at 19:00. It is a particularly symbolic date, since it was on another Monday, 150 years ago, that the foundation stone of the first National Museum in the country was laid by King George I.
The exhibition attempts to give an account of the adventurous journey of man through time, considered from an abstract and symbolic perspective that draws its inspiration from the Homeric Odyssey.
The exhibit will center around the long chronicle of the beleaguered man, his incessant endeavour to tame his environment, conquer new places, broaden his horizons, establish well-governed societies and fight against the perishable nature of his existence.
On October 1, the museum will present in its garden the monumental work of sculptress Venia Dimitrakopoulou, titled “Promahones”. The presentation of the installation will include a concert of the project “The sound of Bastions” by Pablo Ortiz, written specifically for this project. The presentation begins at 19:00.
On October 2, the Athens State Orchestra will give a concert for the 150-year anniversary of the museum in the Hall of the Altar. Works will include Ludwig van Beethoven, Nikos Skalkotas and Mikis Theodorakis. The concert starts at 19:00.
(Source: ANA-MPA)