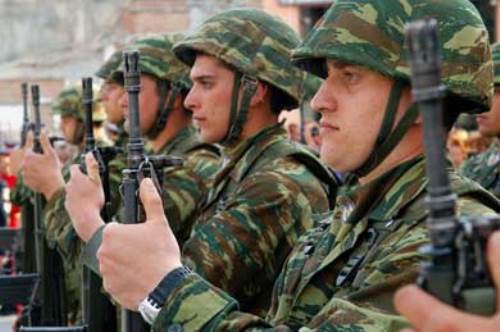 The European Court of Human Rights (ECHR) condemned Greece for refusing to grant a citizen the status of conscientious objector and allow him to do alternative civilian work instead of military service.
According to the court ruling, the country violated Article 9 (freedom of thought, conscience and religion) of the European Convention on Human Rights.
The ruling concerns the case of Papavasilakis v. Greece, in which the court found that Greek authorities had failed in their duty to ensure that the interviewing of conscientious objectors by the Special Board took place in conditions that guaranteed procedural efficiency and the equal representation required by domestic law.
Papavasilakis had been interviewed by a Board made up primarily of servicemen, two of the civilian members of the Board being absent but not replaced, the court said.
“The Defense minister’s final decision, on the basis of a draft ministerial decision following the Board’s proposal, did not afford the requisite safeguards of impartiality and independence,” the ECHR said. “The scrutiny of the Supreme Administrative Court concerned only the lawfulness of the decision, not the merits, and was based on the assessments of the Special Board.”
Source: ANA-MPA